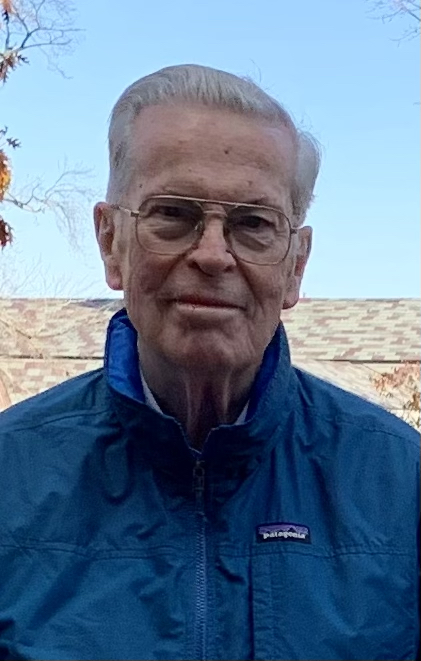 Pat was born on May 24, 1935 in Springfield, Massachusetts, the son of Timothy and Mary (Knightly) Moriarty, both of County Kerry, Ireland. His affection for his parents, their hard work, generosity, and turns of phrase would spark in him an enduring love affair with Ireland and its grand people that lasted 87 years. While his academic star rose quickly—he graduated from Technical High School as president of its honor society in 1953 and from the College of the Holy Cross with a B.S. in Biology, cum laude, in 1957—he much preferred to talk about the experiences he had had along the way. He spoke of days spent “on the corner” and playing ball with buddies, and of his (surprisingly dangerous) early jobs—burns sustained in the department store bakery, tobacco picking in blazing heat, and most notably, digging holes for the gas company with hardscrabble colleagues who may or may not have had a few “pops” at lunch. These jobs gave him a boundless respect for hard work that he poured into his medical studies at the Vermont College of Medicine, where he was class president in his last two years. After an internship and residency in internal medicine at Upstate Medical Center in Syracuse, he found himself (to some surprise) a Captain in the U.S. Army Medical Corps at Camp Casey, Korea. His distinguished service garnered him the Army Commendation Medal in 1964 and a seemingly endless supply of stories about the many ways soldiers can manage to get injured in peace time. Like all his stories, these were told in an immersive and evocative style that included hand waving, fingers stabbing the air, and a smattering of good-natured and gentlemanly cussing. Pat then conquered the Ivy League, becoming Yale’s Chief Resident in Radiology, an instructor at Yale Medical School, and a special NIH Fellow at Columbia Presbyterian Hospital’s Neurological Institute. For nearly 30 years he enjoyed a successful and deeply gratifying career in New Jersey as a radiologist at Overlook Hospital and partner at Summit Radiological Associates. Pat loved being a doctor, especially teaching. He was voted Radiology Teacher of the Year 5 times and served multiple terms as Chairman of Overlook’s Department of Radiology and President of his partnership. Instead of dwelling on these successes, however, Pat preferred to speak of his colleagues, their origins, their travels, their children. He could never contain his curiosity about people, their motivations, and their accomplishments. Many were vexed in their efforts to turn the conversation back to him—Pat Moriarty was his least favorite topic.

His favorite topic was his family. And “family” meant something different to Pat—an ever-expanding cadre of siblings, in-laws, nieces, nephews, cousins, second cousins, second cousins thrice-removed, and a maternity ward’s worth of babies. He hosted Thanksgiving, Christmas, Easter, and Kentucky Derby parties at his old country house in Lyme, and spent many happy summers with his beloved sister Peg and brother-in-law Rob welcoming family and friends to the legendary Blue House and Green House, his side-by-side cottages on the waterfront in Old Saybrook. For nearly 50 years he gathered the whole crew on Labor Day weekend, hosting a golf tournament and barn-burner of a party that refused to be limited by the atrocious dearth of parking options in Cornfield Point. Over the years, almost without noticing, family members became friends for life. A few fell in love. At “The Party,” every person felt like it was their home, too.

Outside of that considerable legacy, Pat will be remembered by his relish for the best the world had to offer–dining out, fine red wine, old musicals, the Red Sox, Beethoven, the New Yorker. Cocktails on the terrace of the Shutters Hotel, weekends at the Waldorf-Astoria, walking the Champs-Élysées and the Spanish Steps. And always, always, trips with his family to the Homeland—far West Kerry. He punctuated an already-full life with moments of happy discovery. And in his determined way, he faced his last challenges with humor and grit—learning how to order Uber Eats, how to use a Peloton, and working his way through all five seasons of Breaking Bad.

Patrick E. Moriarty, M.D. was a giant to those of us who loved him. May his memory live on through all those that he touched in his ordinary, extraordinary life. We invite you to visit with his family at Lesko & Polke Funeral Home 1209 Post Road, Fairfield, CT on August 9 from 4:00-7:00 p.m., and at a Mass of Christian Burial at St. Thomas Aquinas Church, Fairfield, on August 10 at 10:00 a.m., followed by a reception at the Gaelic American Club, Fairfield.

In lieu of flowers, please do what Pat did – book a favorite restaurant, order a good bottle of wine, laugh with your people, and quietly leave a tip big enough that the waiter comes back to thank you.

Share Your Memory of
Patrick
Upload Your Memory View All Memories
Be the first to upload a memory!
Share A Memory