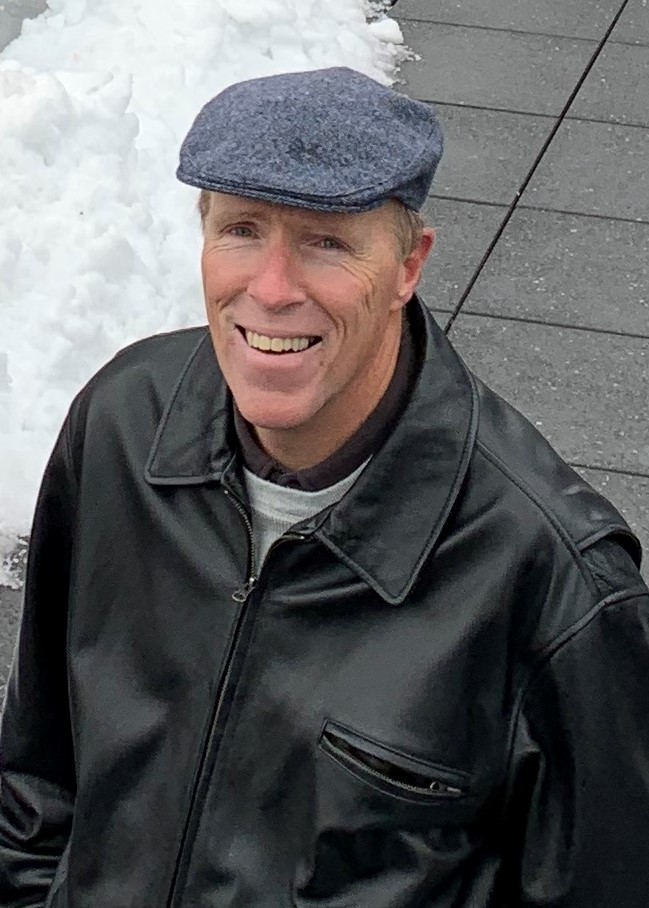 William Robert Chagnon, of Norwalk, formerly of the Black Rock section of Bridgeport and Stratford (9/8/1954-10/25/2021)- Bill or “Chag” as he was known to family and friends, died after a 3 1/2 year struggle with metastatic bladder cancer, under the care of his devoted wife, Laurie Wallace Chagnon.  Bill was the son of the late, Robert (Bob) Chagnon and Josephine (Jo) Reilly Chagnon and pre-deceased by his brother, Mark Joseph Chagnon all of Stratford, CT.  Bill attended St. James School, St. Joseph School and Stratford High School in Stratford, CT and received his Bachelor’s Degree in Physical Education and later his Master’s Degree in K-12 School Counseling from Southern Connecticut State College.

Bill worked assisting his dad, a master carpenter, on various carpentry jobs throughout Stratford and Bridgeport before, during and after obtaining his Bachelor’s degree while substitute teaching in Westport and Stratford. (Measure twice and cut once!) He began an 8 year career teaching Physical Education and History at St. Ann School in 1979, where he coached boys’ basketball, baseball and gymnastics. He developed lifelong friendships in the Black Rock community and earned the love and respect of many of his former students and their families including but not limited to the Bolands, Borques, Murnins and Buskeys. He also taught at Kolbe Cathedral High School and Bullard-Havens Technical School, where he coached volleyball, boys’ basketball, cross country and track before beginning his 29 year career as golf coach, Assistant Director, Associate Director, and finally Director of Admissions at Norwalk Community College. He served as President for AFSCME (American Federation of State, County and Municipal Employees) the state employees’ union for 18 years.

Bill loved the Celtics and the Cowboys though they broke his heart many times. He loved to golf, his bi-annual golf pilgrimages to Myrtle Beach and Naples with Bo, Kavey and Dominic and to hang out in the parking lot at Fairchild Wheeler with the Beer Valley Boys. (You know who you are.) He loved a good steak, candy, cheesecake, chocolate and an “occasional” Tangueray and tonic.

He loved to travel with his beloved wife, Laurie, and dear friends Terri and Lionel and enjoyed many family celebrations with the DeSilva, LaPierre and Galluzzo clans. Lest we forget, he was also a 4 time champion of the Boland Bocci Tournament and the revered Bracket Master of the Tournament for the last 23 years. He was known for his sardonic, razor sharp wit and his love of the Beatles, the Stones and Bob Seger. If he watched Butch Cassidy and the Sundance Kid, The Shawshank Redemption and Jaws once, he watched them a hundred times and knew the dialogue like an aspiring understudy. He will miss margaritas at El Segundo, doing crosswords at Shady Beach and besting the contestants at Jeopardy every night of the week.

He is survived by his patient and loving wife, Laurie Wallace Chagnon of Norwalk, CT; his sister, Linda Chagnon, of Newington, CT; his niece, Karen Chagnon and her significant other, Sean Nye of Stratford, CT and his nephew, David Chagnon, his wife Loucita and grand nephews and grand niece, Ethan, Eli and Iyana Chagnon of Virginia Beach, VA. He will also be missed by his cousin, Charles “Chuck” Katuska and his wife, Teresa of Harwich, MA and their children and his dear friends, Terri and Lionel DeSilva; his godson, Konrad DeSilva; his “nieces” Anna Cottrell and Katie Nagle and his “nephew”, Christian DeSilva  and their respective spouses and significant others.  He leaves behind many friends and colleagues from NCC, particularly, Curtis, Robin and Al; classmates and friends from Bridgeport, Stratford and Trumbull, (particularly Mike Florence, Kevin and Jeff Hickey, Bo and Helen Moran and their respective families), and many friends, former students and loved ones from all over the state. He was a mentor and dear friend of too many to count and will be missed by all for years to come.

Visitation hours will be at the Lesko and Polke Funeral Home, 1209 Post Road, in Fairfield Center, from 4–8 PM on Tuesday November 2nd, 2021. A funeral mass will be held at St. Ann Church at 11 am on November 3rd, 2021 immediately followed by a reception at the Penfield Pavillion in Fairfield, CT.

In lieu of flowers, the family requests that donations be made to the Norwalk Community College Foundation. Checks mailed: 188 Richards Ave, E311, Norwalk, CT  06854 or website donations: https://ncc-foundation.org/donate/. These gifts will be used to support NCC Nursing Students in his honor. For travel directions or to sign his online guest register, please visit www.LeskoPolkeFuneralHome.com

Share Your Memory of
William
Upload Your Memory View All Memories
Be the first to upload a memory!
Share A Memory