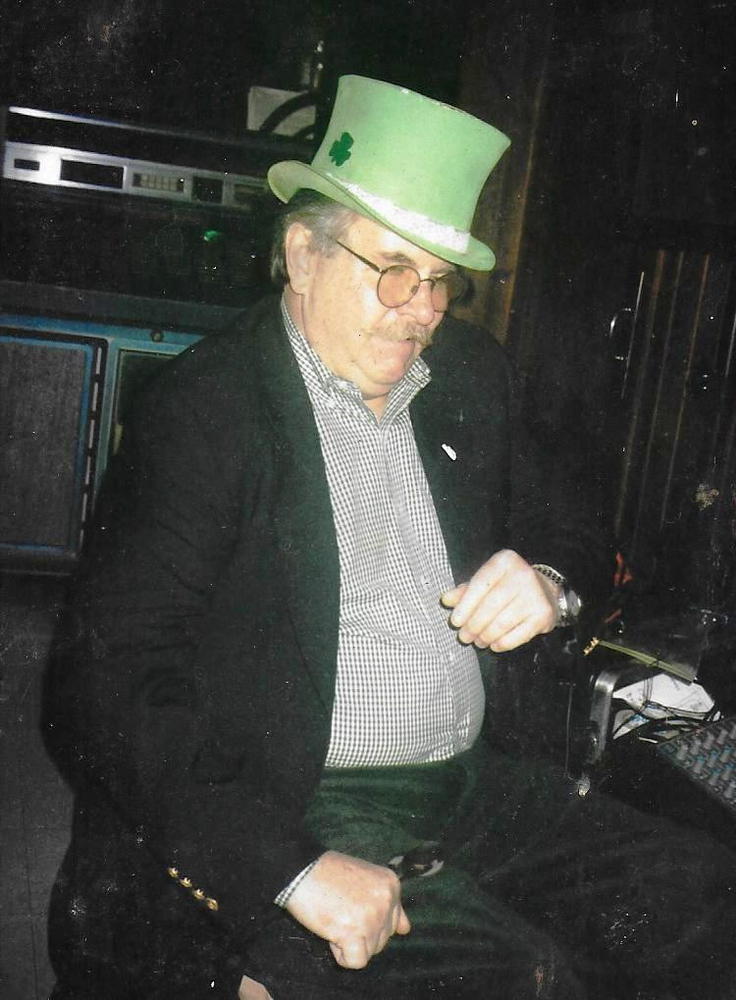 Please share a memory of Denis to include in a keepsake book for family and friends.
View Tribute Book

Denis John Rickard, 75, finally holds his own place in the "Irish Sports Page," exiting his dilapidated old body and taking the party to heaven on December 28, 2018.  Denis lived 9 times longer than expected and way longer than 7 cats with 9 lives.  Denis often said "If I knew I was going to live this long, I would have taken better care of myself".

Denis attended St Ann’s School and later graduated from Peekskill Military Academy, becoming the president of the alumni association. He followed that by serving in the National Guard. Denis was in the construction community for over 40 years, with a compellation of awards from Star Buildings and was the operator of Algonquin Steel Technologies. Growing up on Long Island Sound, Denis became an avid boater and active in the yacht club community.  Denis was a two time past commodore at Fayerweather Yacht Club and held Board of Governors positions at Pequonock and Fayerweather Yacht Clubs.

He was a world class socialite known for his spoon playing and storytelling- a true Seanchaí.  There wasn't a person that Denis met that he didn’t make a special connection with. Denis was a fashion icon ahead of his time. In his younger days, Denis was known for his 3 piece suits and Cadillacs and later known for sporting his signature embroidered whale pants and winged tipped shoes. On St. Patrick’s Day, you could always find him wearing a green top hat.

Denis was pre deceased by his beloved wife, Susan Rickard. Denis is survived by his daughter, Eirinn Rickard, and her partner, Dennis Edenfield, of Danbury; his son, DJ Rickard and wife, Stephanie of Milford; grandson, Aiden Liam and several nieces and nephews. Calling hours will be held on Sunday, January 6, 2019 from 3-7 p.m. in the Lesko & Polke Funeral Home, 1209 Post Road, in Fairfield Center. His Mass of Christian Burial will take place on Monday, January 7, 2019 at 11:00 a.m. directly at St. Patrick’s Church, 169 Black Rock Turnpike, Redding, CT 06896. Interment will follow at Hull Cemetery, Redding.

In lieu of flowers- since Denis definitely did not follow a cardiac diet, have a coke and a hot dog and think of him. To order flowers online, for travel directions, or to sign his guest register, please visit www.LeskoPolkeFuneralHome.com

To send flowers to the family or plant a tree in memory of Denis Rickard, please visit Tribute Store
Sunday
6
January

Share Your Memory of
Denis
Upload Your Memory View All Memories
Be the first to upload a memory!
Share A Memory
Send Flowers