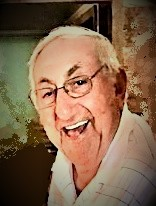 Please share a memory of Remo to include in a keepsake book for family and friends.
View Tribute Book

Born on a farm in Alanno, Italy to the late Alfredo and Maria DiMarco Tartaglia, Remo earned a degree in Economics and Commerce at The University of Naples. He came to the United States when he was brought to Massachusetts by his uncle to work in a restaurant. He left that job to pursue a job in the kitchen at Middletown Hospital, having no experience at all. Later, he became the franchisee for all of the Bonanza Restaurants in Connecticut. He parted ways with Bonanza and established the American Steakhouse in 1983. While operating the American Steakhouse, he purchased his first commercial real estate property in Bridgeport. This was the beginning of a second and very successful career in real estate development that spanned the state of Connecticut. Remo was beloved in the American Steakhouse by both his employees (some working there for over 30 years!) and by his loyal customers.

Remo lived in Norwalk prior to moving to Wilton in 1985. He took great pleasure in spending time with his grandchildren, traveling and cruising with his wife, and maintaining and cultivating his olive farm in Alanno, Italy. Remo’s memory will be lovingly remembered by his three children, Isabel Tartaglia, of Fairfield, Lorraine Tartaglia, of Westport, and Remo Tartaglia, Jr., (AnneMarie), of Southport; and four grandchildren, Donald Cafero, Jr., William Cafero, Robert Cafero, and Sophia Tartaglia. In addition to his parents and loving wife, Sebastiana, he was predeceased by a sister, Anna Tartaglia; and a brother, Enio Tartaglia.

For travel directions or to sign his online guest register, please visit www.LeskoPolkeFuneralHome.com

Share Your Memory of
Remo
Upload Your Memory View All Memories
Be the first to upload a memory!
Share A Memory