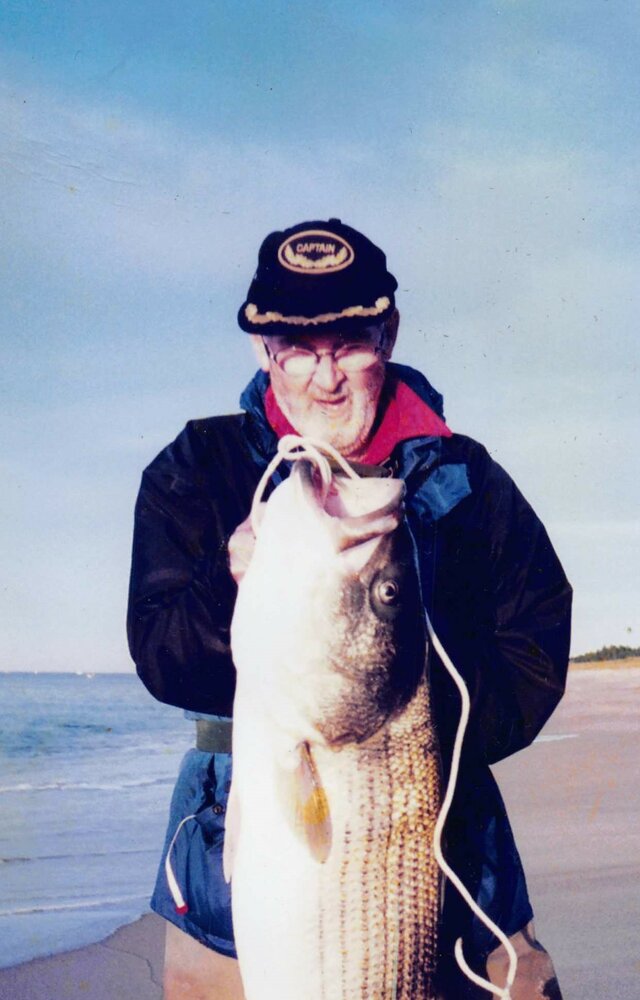 Please share a memory of Robert to include in a keepsake book for family and friends.
View Tribute Book

Bob lived a full life. He was born in Shelton and spent his youth as a paperboy. He was small in stature but in his teens, he was involved in track and basketball. After high school, he got a job in underwood where he met his beautiful wife Nancy, whom he was married to for 50 years. He later got into construction and drywall where he was an artist in his craft on stilts.

He resided mostly in mostly in Fairfield and Bridgeport until retiring to Rhode Island. He was an avid hunter and fisherman. He had many a story to tell about his Rhode Island fishing buddies, Rebecca and Doug, also Connecticut fishing buddies. Tom Ziobo, Lenny O, Bob Bergere and Pat Ferucci. He even made the cover of "In Fisherman" magazine (depicted photo). He had great times with his wife and three sons. He spent his final days after having a stroke in Apple Rehab where he kept everyone on their toes until passing.

He is predeceased by his wife, Nancy (Deer) Clark; and his sisters, Marjorie, Doris, and Nancy. He leaves behind two brothers, David and Roger; and sister, Karen. Also, his loving sons, Mark, and his wife, Linda, of Naugatuck, Kevin, of Bridgeport, and Robert, and his wife, Kerri, of Idaho. He also leaves many nieces, nephews, grandchildren, great -grandchildren, and numerous fishing buddies all over. He would have been 90 next month.

An online service and celebration of life will be announced at a future date. For service information, to view his complete obituary, or to sign his guest register, please visit www.LeskoPolkeFuneralHome.com

Memorial can be made to American Cancer Society Connecticut Chapter

Share Your Memory of
Robert
Upload Your Memory View All Memories
Be the first to upload a memory!
Share A Memory