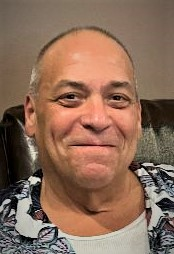 Please share a memory of John to include in a keepsake book for family and friends.
View Tribute Book

Born in Bridgeport, John graduated from Notre Dame Catholic High School and was a longtime resident of Black Rock before moving to Milford eight years ago. John proudly served the Town of Stratford as a Police Officer for 18 years before retiring. He was currently employed by the Watermark Retirement Home where he worked security.

John enjoyed going to picnics and barbeques with friends and attending races at Saratoga with his brother, Josh, and friends. He was an avid reader and Jeopardy fan, but what John took the most pleasure in was spending time with his two nieces in the pool, going to their sporting events, and going to lunch and the beach with them.

John’s memory will be lovingly remembered by his brother, Joshua Lungi, and his wife, Michelle, of Trumbull; his two adored nieces, Sarah and Kelly Lungi, and was also Godfather to Kelly; several aunts, uncles, and cousins; and friends who were like family. He was predeceased by his mother, Sheila Mylen Lungi; and grandparents, Wray and John Lungi.

Memorial contributions may be made to Saint Jude Children’s Hospital (www.StJude.org)

To send flowers to the family or plant a tree in memory of John Lungi, please visit Tribute Store
Friday
30
December

Share Your Memory of
John
Upload Your Memory View All Memories
Be the first to upload a memory!
Share A Memory
Send Flowers