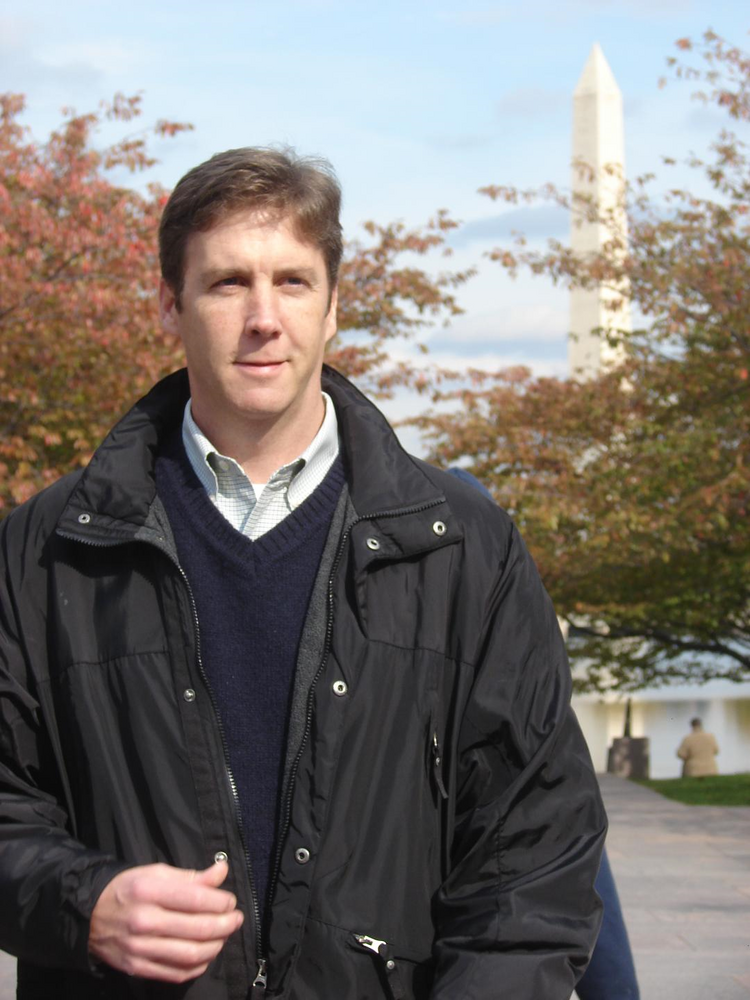 Please share a memory of Sean to include in a keepsake book for family and friends.
View Tribute Book

Sean Sullivan passed away from complications of GVHD and COVID at Huntsman Cancer Institute on Friday, December 16th. He was surrounded by his wife, children and mother and father-in-law, William and Jeanne Hefner.

Sean was born July 9, 1962 in Bellows Falls, Vermont to Paul and Jeannette (Baird) Sullivan. He grew upon Atkinson Street in Bellows Falls where he learned some of the finer points of life from his friends, Patrick Cray, Tom Salmon, Jimmy Rouse and older brother, Mark Sullivan with little brother Neil sometimes in-tow. Sean served as an altar boy for early morning masses at Saint Charles Roman Catholic Church. After each mass, Sean would cross the street and have breakfast with his dear grandmother, Catherine Sullivan. Sean attended and graduated from Vermont Academy in 1980.

Sean served in the US Navy from March 1982 until his honorable discharge in March 1988. His military occupational specialty was Submarine Nuclear Propulsion Plant Operator – Electrical, aka Electrician’s Mate. He served aboard the USS James Polk and the USS Skipjack. He was awarded the Sea Service Deployment Ribbon and the Good Conduct Medal. After the Navy, Sean attended and graduated (1990) from the University of Vermont receiving a Bachelor of Science in Business Administration with a concentration in accounting.

Sean married Tracie Hefner on August 24, 1990 in Burlington, Vermont. Tracie often said it was love at first sight when she walked into his apartment to visit with his roommates and mutual friends. After marrying they lived at the Ronald McDonald House where Tracie was employed as the Evening Manager. Sean volunteered each week to mow and trim the property. Often Sean would join Tracie in her evening tasks in the house and helped to nurture the families whose children were being treated at UVM Medical Center.

Sean and Tracie moved to New York City after Sean was hired with Smith Barney. They loved exploring the city by bike, rollerblade, and foot. Weekend bagels at Tal Bagels were a favorite each Saturday and Sunday morning. Often Sean would pick up an extra one for his dear neighbor Betty Clarke.

Sean left Smith Barney to complete his CPA requirements and began work for Price Waterhouse as an auditor. After doing all he needed, he started his career with Thomson Reuters Corporation as a financial analyst.

After their son Connor was born the family relocated to Fairfield, Connecticut where they lived for 23 years and made many cherished friends. Sean and Tracie developed a hobby of working around their home and could be found most Saturdays planting, weeding, mowing, blowing, and trimming their yard. They thrived in doing projects together and even once took the walls off a dilapidated shed and replaced them.

Sean was adventurous and enjoyed traveling the country with his family often taking a special interest in bringing them to historical sites. While sometimes he received some low-energy exasperation from the kids, Sean always made each visit and tour exciting and fun.

He was good at teaching his children and Tracie all the things he had a passion for: downhill skiing, cross-country skiing, tennis, basketball, baseball, and golf. He especially enjoyed coaching his son’s little league teams and developed many friendships there. Each evening the family walked around Fairfield and often ended up at Fairfield University where they loved to spend time enjoying or playing on the campus. Sean valued most; his time spent with his family. His priority in life was teaching, guiding, laughing, and loving Tracie, Connor, Caroline, and Cooper.

In revisiting photos, Sean was always pictured with one child in a backpack, another in his arms and holding his oldest son’s hand. His greatest passion was his children, their interests and working alongside them to accomplish success. When the kids were young Sean loved waking on weekend mornings to read the newspaper. Often, he’d sit one of the kids next to him and open the paper for them too.

Sean was diagnosed with Acute Lymphoblastic Leukemia in February 2012. He suffered complications from graft-versus-host disease after undergoing an allogeneic stem cell transplant–what followed were 10 years and 10 months of treatments to control the disease. His battle was intense and constant. He never cried or complained. He had dozens of surgeries and considered them “a good sleep.” He was courageous and steady in spite of the constant decline in his health.

One of the many keys that kept Sean’s spirits uplifted was his faith in Jesus Christ. Throughout their marriage, Sean and Tracie attended church services weekly learning of the Gospel of Jesus Christ and striving to apply His teachings in their lives. Sean’s was a quiet faith that was evident in all of his actions. He and Tracie taught their children about the challenges of life and that in having a relationship with God they could overcome and receive strength to endure any obstacle. Sean’s embodiment of this principle gave the family many extra years of life and memories together.

The family moved to Kaysville, Utah in June 2017 to be closer to their children. Sean remained engaged in life despite his disease. He figured out how to ride a bike by purchasing an adult tricycle where he could store his oxygen tank. Often, he partook in three-mile bike rides with the family in their beloved, adopted community of Kaysville, where they felt loved and supported by their Latter-day Saint friends.

The family undertook their greatest adventure when they refinanced their home and bought an RV during the pandemic. They traveled back to the east coast with their children to see family and friends in Kansas, Michigan, New York, Connecticut, and Vermont. It was a seven week visit full of love.

Sean is survived by his parents Paul and Jeanette Sullivan. His wife, Tracie. His children, Connor, Caroline, Cooper, and Caroline’s husband Sonny Knowles. His siblings: Hilary, Dee, Karen, Mark, Marie, Rachel and Neil and their spouses and children. His in-laws William and Jeanne Hefner.

Tracie would like to thank Dr. Catherine Lee, Dr. Francine Foss, and Dr. Geoffrey Chupp for their tender and loving care over the course of Sean’s illness. Sean faced insurmountable odds and their efforts provided him with years of beautiful experiences. She’d also like to thank all the staff at Smilow Cancer Hospital and Huntsman Cancer Institute. Over their years of treatment at both facilities they made many friends whom they will love and cherish forever.

A special thank you to Tom Salmon, his neighbor and friend from childhood. He remained engaged in Sean’s life and visited just a month before Sean passed.

When Sean was diagnosed with Acute Lymphoblastic Leukemia, Tara Kazak’s generously set up a webpage to help the family in the early months of the disease. The Lotsahelpinghands.com page enabled Tracie to stay connected with family and friends and it became the place that she would turn for help in praying for and sustaining the family. We thank the communities on Facebook and Lotsahelpinghands.com who supported us. Fighting illness and enduring are very lonely and the support made it a bit less so. Those prayers accomplished miracles.

A memorial service celebrating Sean's life will be held in Utah on Thursday, December 29th at 11:00 am at 235 North Bonneville Lane in Kaysville UT, and in Connecticut on Saturday, January 7th at 11 AM in the Lesko & Polke Funeral Home 1209 Post Road in Fairfield Center. Friends may greet his family from 10 AM until the time of service or at the reception to follow his services.

For travel directions or to sign his online guest registry, please visit www.LeskoPolkeFuneralHome.com

To send flowers to the family or plant a tree in memory of Sean Sullivan, please visit Tribute Store

To send flowers to the family or plant a tree in memory of Sean Sullivan, please visit Tribute Store
Saturday
7
January

Share Your Memory of
Sean
Upload Your Memory View All Memories
Be the first to upload a memory!
Share A Memory
Send Flowers