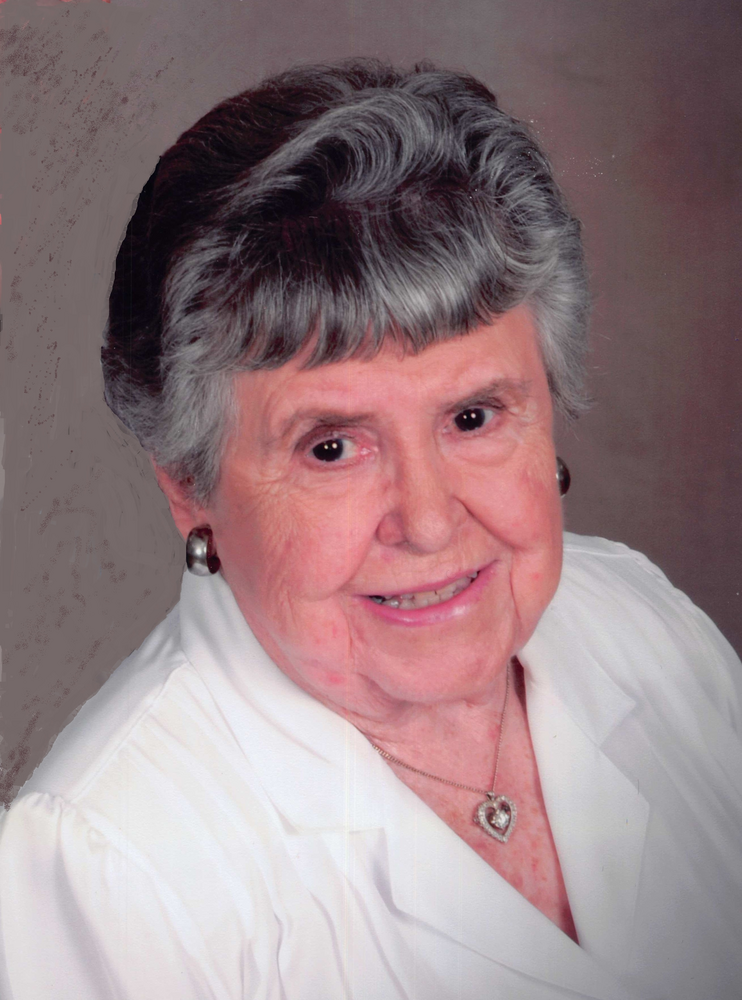 Please share a memory of Claire to include in a keepsake book for family and friends.
View Tribute Book

Claire Kerigan Melish passed away on December 14, 2022 at the age of 95. Born on April 15, 1927, in New London, CT, she was the eldest of six children of the late William F. Kerigan and Gertrude Minnix Kerigan. Her family moved to Bridgeport, CT, where she graduated from Bassick High School in 1944.

After high school, Claire worked as an executive secretary at General Electric and took classes at the University of Bridgeport. During that time, she met her future husband, the late Leonard J. Melish, Sr, a Fairfield resident and student at Springfield College. They married after Len served in the Navy in World War II and returned to Springfield. Claire and Len were devoted to each other, and were married for 73 years until Len's passing in January 2022.

Claire left GE to start a family with Len in Fairfield. In addition to being a mother, she became COO and CFO of her growing family, into whom she poured all of her love and energy. An excellent homemaker, Claire was an accomplished cook, seamstress, and hostess to family and friends. She later added golf and bridge to her achievements, and won many awards and tournaments in both. Claire was also a founding member of St. Pius X Catholic Church, where she was active for 30 years.

When her children became young adults, Claire joined the Psychology Department at Fairfield University as department administrator. There, she managed the staff and student workers, as well as the private practices of a number of the professors. She loved the students, and nothing they confided fazed her after having raised three very different children. Most of all, she loved the Jesuit professors, but there was a special place in her heart for the late Rev. Thomas A. McGrath, a beloved professor and psychologist at the university.

After their children left the nest, Claire and Len moved to Panama City, FL. There they became active members of their community, with a large circle of friends and family. Claire was an energetic member of her ladies' golf and bridge groups, and a frequent hostess in her home. She and Len also became enthusiastic travelers, and Claire recorded their trips in scrapbooks describing the sights and people they encountered on each trip.

When Hurricane Michael hit the Florida Panhandle in October 2018, Claire and Len returned to the Fairfield area. They moved to Spring Meadows in Trumbull in February 2020.

In addition to her husband, Len, Claire was predeceased by her daughter, Linda Melish Congdon; her sister, Joyce Mulligan; and brothers, William Jr., John, and James Kerigan. She is survived by her daughter, Diane, and husband, Alexander McNab; son, Leonard Jr.; and by her brother, Joseph, and his wife, Paula Kerigan.

The family wishes to acknowledge the extraordinary care that Claire and Len received in their last years: Dee Ajobo, aide to Claire for the past year and Len in his final months; the staff at Spring Meadows, where Claire lived for nearly three years; and the staff at Jewish Senior Services, where Claire spent her final month. It takes special people to care for our elder family members, while also supporting the entire family, with such expert skill and kindness.

In lieu of flowers, donations in Claire's memory may be sent to a charity close to your heart.

Share Your Memory of
Claire
Upload Your Memory View All Memories
Be the first to upload a memory!
Share A Memory