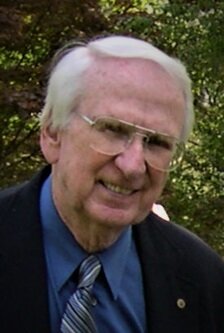 Please share a memory of Frederick to include in a keepsake book for family and friends.
View Tribute Book

Born and raised in Bridgeport, Fred grew up across the street from who would become the love of his life, Helen Gaches. They married after college, and celebrated 58 years together until Helen's passing in 2014. Fred and Helen were blessed with a beautiful family including 4 children,  Paul Klamka and his wife Kathy, of Phoenix, AZ, Tom Klamka, of Greenwich, Dianne Sengstack and her husband Gregg, of Ft. Wayne, IN,  Susan Carbine and her husband Dan, of Fairfield; 10 Grandchildren, (late) Matthew Klamka and Alison Goral, Thomas, Nick, Doug Klamka,  Victoria, Christopher, and Alexa Sengstack, and Sarah and Nicole Carbine; 2 great-grandchildren, Luke and Jackson Goral.

Fred graduated from Bassick High School in Bridgeport, and served briefly in the Army.  He traveled across the country for several months, working as a ranch hand in Utah, New Mexico, and California along the way.  Fred graduated from Southern Connecticut University, and moved to Fairfield in 1958.  After teaching fourth grade at Stratfield School in Fairfield for several years, he began a 30 year career with Sikorsky Aircraft in Stratford, where he was head of Technical Directives.  While at Sikorsky, Fred studied engineering at Bridgeport Engineering Institute, and taught part time at Bullard Haven Technical School.

Fred and Helen loved to travel, and made several trips around Europe.  He was a skilled woodworker, making several cabinets and pieces of furniture for their home.  Fred was active in the American Legion, Post 74 in Fairfield, where he held several officer positions.  He attended St Thomas church in Fairfield for over 60 years.  He was also active at Holy Trinity Greek Orthodox Church, where his wife Helen and several of her cousins attended, and where he was a member of the Order of Ahepa.  Fred was an avid reader, especially David Baldacci novels, and read the Wall Street Journal and NY Times daily.  He was also an active Rummikub player with his friends at Sunrise Assisted Living Center.  He will be missed by all of his family and friends.

Share Your Memory of
Frederick
Upload Your Memory View All Memories
Be the first to upload a memory!
Share A Memory