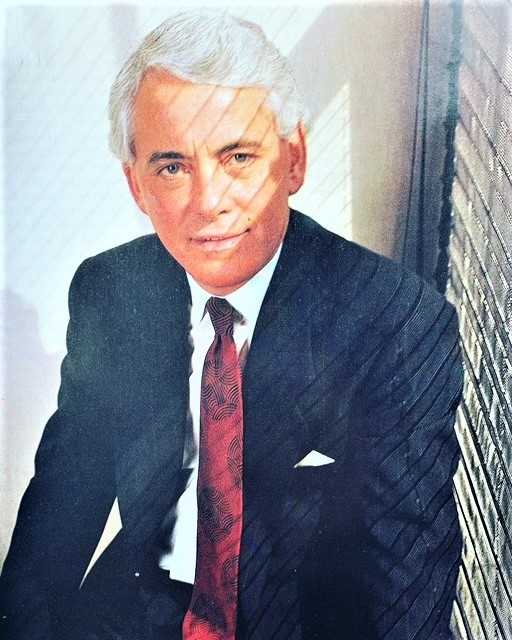 Please share a memory of Frank to include in a keepsake book for family and friends.
View Tribute Book

Frank Richard Mori of Westport, Connecticut, passed away peacefully on November 22, 2022, in the company of loved ones.

Frank was a beloved father, grandfather, brother and friend who impacted the lives of all he knew. A wise man with a generous heart and a burning dedication, he was a teacher of knowledge by trait. Frank lit up every room he walked into with his infectious charisma and grace. His mark on the world will survive through the people he touched and the legacy he built. Born on October 9, 1940 to the late Frank Mori and Margaret Whipple in Jersey City, Frank graduated summa cum laude Dartmouth College and went on to earn his master’s degree from Harvard Business School. Frank was a titan of industry, starting as a manager at the General Foods Company and working his way toward what would be a long and distinguished career as President and CEO of Anne Klein and CEO of Donna Karan International, where he played an instrumental role in developing the foundations of the fashion industry as it is known today. In his retirement, Frank devoted his life to his family and friends; raising his newborn daughter, planning trips around the world with his beloved family of 10, never missing a tee time, and never letting go of a friendship. Frank was a philanthropic man who served on the Board of Directors of the Stride Rite Corp., Barington/Hilco Acquisition Corp., Dillards Inc., and Horizons.

He is survived by his cherished children: Christopher (Julie), Heather (Andrew), and Margaret, his adored grandchildren: Carly, Olivia, Owen, and Georgia, his loving former wife: Jacqueline, and his brother: Robert. There will not be a moment when Frank is not dearly missed by his family, friends and the many people whose lives he impacted.

Calling hours will be held on Wednesday (November 30th) from 4 to 8 PM in the Lesko & Polke Funeral Home 1209 Post Road in Fairfield Center. Funeral services will take place on Thursday at 11 AM in the Funeral Home, with a reception to follow. A private interment will be held on Friday in Putnam Cemetery, Greenwich.

Donations in his memory can be made to Horizons at Sacred Heart University, an organization near to his heart that advances educational equity for children in the Bridgeport Community (https://www.sacredheart.edu/offices--departments-directory/university-advancement/annual-giving/support-horizons--make-an-impact/).

For travel directions or to sign his online guest registry, please visit www.LeskoPolkeFuneralHome.com

Share Your Memory of
Frank
Upload Your Memory View All Memories
Be the first to upload a memory!
Share A Memory