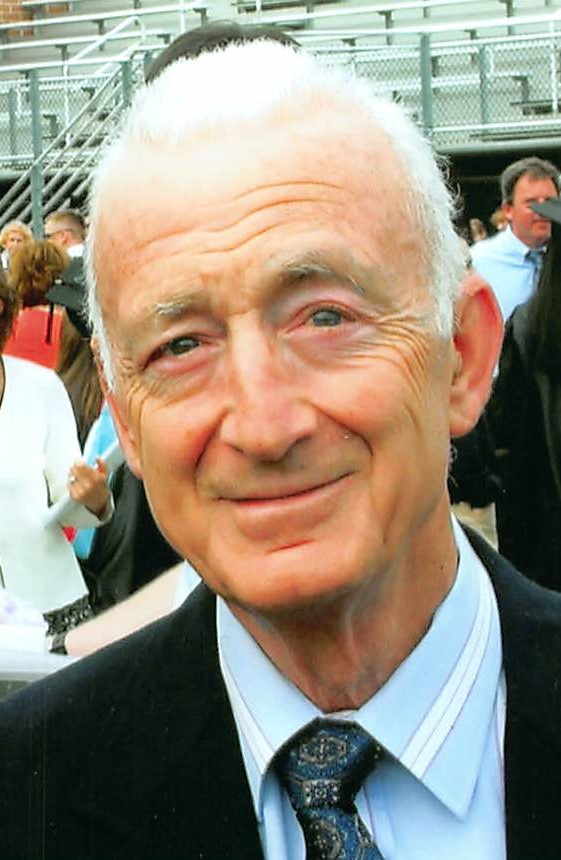 Obituary of Angelo A. Anaclerio

Please share a memory of Angelo to include in a keepsake book for family and friends.
View Tribute Book

Angelo A. Anaclerio, 87, of Fairfield, CT, passed away on Tuesday October 25, 2022, after a lengthy battle with Parkinson’s Disease. He was surrounded by his family at the time of his passing. Angelo was predeceased by his wife of 48 years, Sarah, his mother Lucy, and his sister Lydia. He is survived by his daughter, Jennifer Trifiatis, her husband Peter Trifiatis, and their two daughters Lucy and Sarah. He is also survived by his sister Tina Anaclerio, numerous nieces and nephews and other extended family around the world.

Angelo was born in Ponticelli, a suburb of Naples, Italy in 1935. At just a few years of age, Angelo came to America with his family. They settled in the New York City area, first living in White Plains, NY, later in Mount Vernon and eventually the Bronx, a place where Angelo spent many of his formative years.

After the tragic passing of his mother one month from his own high school graduation, Angelo proceeded to enlist in the Air Force. After faithfully serving 8 years in the military and earning several awards and promotions, he received an honorable discharge and returned to civilian life. Angelo then took a job at Sikorsky Aircraft as a technician, a job he proudly worked for a full 40 years before his eventual retirement in 2001. In retirement, along with his wife, Angelo volunteered for many years at Swim Across the Sound and both local hospitals. During this time, Angelo also became a Eucharistic Minister through St. Thomas Aquinas Church in Fairfield, a role he loved and honored dearly. His calm and soft-spoken demeanor allowed him to comfort many people for years at St. Vincent’s hospital during their own times of need and hardship.

Above all else, the most important thing in Angelo’s life was his family. Anyone who ever saw Angelo and Sarah together for any amount of time knew instantly that they were meant to be together. Angelo loved his wife deeply and showed it regularly and proudly. Angelo was also a proud and loving father to his daughter, Jennifer. He was always a present and protective force in her life. He was always there for her if she needed him, no matter how old she got or how old he got. Later in life, Angelo would become a loving grandfather to his two granddaughters, Lucy and Sarah. He and his wife would regularly babysit their granddaughters and always loved to listen to them talk about what was happening in their lives. He never failed to smile while talking and spending time with his granddaughters.

Calling hours will be held on Wednesday, November 2nd, from 4-6 PM in the Lesko & Polke Funeral Home 1209 Post Road, in Fairfield Center. On Thursday, funeral services will begin in the funeral home at 9 AM and continue in St. Thomas Church at 10 AM. His entombment with military honor will follow in Oak Lawn Cemetery.

In lieu of flowers, Angelo’s family has asked for donations to be made to Swim Across the Sound. For travel directions, or to sign his guest registry, please visit www.LeskoPolkeFuneralHome.com

To send flowers to the family or plant a tree in memory of Angelo Anaclerio, please visit Tribute Store
Wednesday
2
November

Share Your Memory of
Angelo
Upload Your Memory View All Memories
Be the first to upload a memory!
Share A Memory
Send Flowers