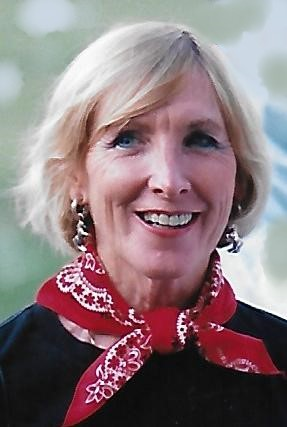 Please share a memory of Catherine to include in a keepsake book for family and friends.
View Tribute Book

Kay was born in Fairfield, CT to David John and Euphemia Isobel Morrison, who had immigrated to Fairfield from Scotland in 1927 with two children and had four more while residing on the Annie B. Jennings Estate. Kay was the youngest of those six children and lived as a lifelong resident in the town she loved.

After graduating from Tomlinson Middle School in 1950 and Roger Ludlowe High School in 1954, Kay attended Syracuse University. She later finished her degree from Fairfield University in 1987. She met her husband in high school and married Peter Doyle in 1961. Kay was instrumental in him starting an insurance business in 1966, The Doyle Insurance Agency, which was a successful venture for the family. She was active in local government and ran for the Connecticut Senate in 1988. She served on the Finance Board for the Town of Fairfield, the Conservation Commission, and was a former member of the Fairfield Rotary Club. Kay and Edie Hoyda partnered, owned, and operated a local liquor store for many years, Greenfield Hill Liquors, until they sold that business in 1986. She was an active member of the First Congregational Church and volunteered her time and energy wherever she could.

Kay became the first female president of the Fairfield County Hunt Club in 1990 and she loved horses and her riding community. Kay continued her volunteer activities with bringing autistic children to the club for horse therapy with her friend, Emerson. She made friends wherever she went and traveled the world with her husband, mother, siblings, and whatever friends she could find that was up for an adventure.

Kay loved hosting a party and was unflappable with pre-party preparations. She was an exuberant greeter, any person coming to her home was more important that anything. She viewed deadlines and timelines as flexible, often to her family’s consternation, but her bubbly personality would make up for her tardiness. She was kind, compassionate, and welcomed a good conversation over a cup of tea.

Kay was predeceased by most members of her large family. Her sisters, Margaret (Maggie) and Flora (Flossie) and her two brothers, William (Bill) and Edward (Moe); and is survived by her older sister, Jeanne; and sister-in-law, Dorothy (Dottie) Doyle. She is also survived by her husband, Peter Doyle; and children, Peter Doyle, Jr. (Vanessa), of Southport and Timothy Doyle (Mary) of Fairfield. She was proud of her five grandchildren, Alejandra, McKenzie, Teaghan, Finn, and Casey Doyle.

For travel directions or to sign her online guest register, please visit www.LeskoPolkeFuneralHome.com

“Every time you smile at someone, it is an action of love, a gift to that person, a beautiful thing.” Mother Teresa

Share Your Memory of
Catherine
Upload Your Memory View All Memories
Be the first to upload a memory!
Share A Memory