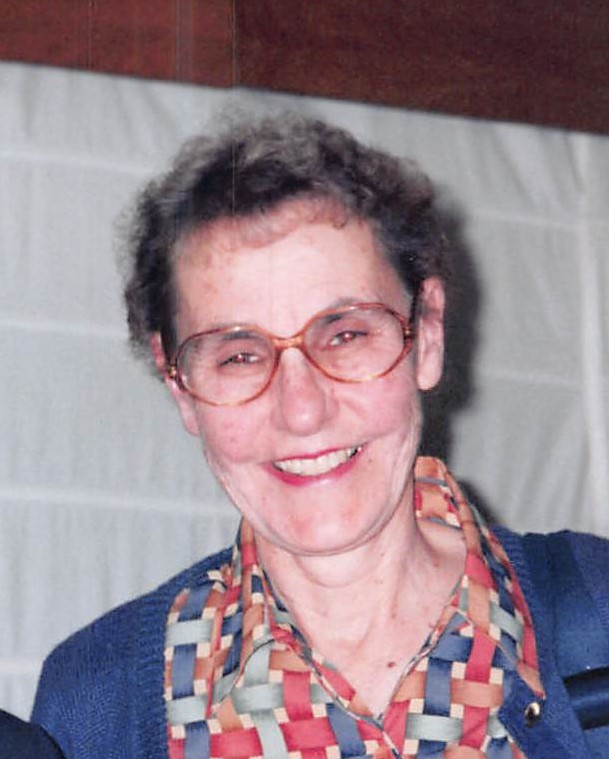 Please share a memory of Marjorie to include in a keepsake book for family and friends.
View Tribute Book

Marjorie Ann Hackett, age 92, of Easton passed away on October 21, 2022. Marjorie, Marge, Margie was a loving wife, mother, grandmother, great grandmother, aunt, cousin, sister in law and friend who cared deeply for those around her and shared her wealth of knowledge with all.

She was born on November 3, 1929 in Hartford, Connecticut to the late Edwin and Ruth Yungk.  She graduated from Hartford High School, which she always proudly stated was the second oldest high school in the United States, was a 1951 graduate of Wheaton College in Norton, Massachusetts with a B.A. in English, earned a teaching certificate from the Connecticut Teachers College in 1952 and an M.A. in school counseling from Fairfield University in 1983.

After graduating from college she moved to Bridgeport, began teaching at McKinley Elementary School in Fairfield, joined The First Methodist Church in Bridgeport and met the love of her life, Donald Hackett of Bridgeport.

Marge and Donald married on February 21, 1953, had three children, David Hackett of Wilmette, Ill., Joan Hackett Winter of Easton, CT and Brad Hackett of Schnecksville, PA.  The Hacketts moved to Easton in 1955 and immediately became active members of the community. While a resident of Easton, Marge was a volunteer for the Easton Public Library, was an active member of the Easton Garden Club helping to create the Samuel P. Senior Memorial Park, and a longtime member of the Easton Parent Teacher Association.  Marge was also a founding member of The Easton Conservation Commission and was a member of The Easton Planning and Zoning Commission.

Her volunteerism was not limited to Easton, as she also served on the Bridgeport Hospital Auxiliary Board, was a docent with the Connecticut Audubon Society of Fairfield, and served as a tutor for the School Volunteer Association of Bridgeport.  Marge was also an active member of the Wheaton College Alumni Association and for many years helped raise money for academic scholarships for undergraduate students.

After Donald’s untimely death in 1981, Marge maintained the Frank T. Hackett Construction Company for over a year in order to complete all the projects started before her husband’s passing and to ensure the impeccable reputation of the company founded in 1916 by her father in law.  She then went back to earn a Master’s Degree in School Counseling, worked for several years as a case worker for The Bridgeport Big Brothers Big Sisters Association before becoming a school counselor in the Bethel school district from 1987-1997.

Marge loved to travel, visiting Europe multiple times as well as Africa once where she spent more than two weeks on an ancient boat trip down the Nile.  She also loved bird watching, playing tennis, was in multiple bridge groups and swimming with her Button Mill Pond “Swim Team.”

Her family though, was her pride and joy.  Her drive for her children to be as well educated as possible was the highest of her priorities as she believed in quality education for her family more than anything else.  She adored her five grandchildren and nothing made her happier than spending time with her five “perfect” granddaughters.

Services for Marjorie will be held privately with her interment in Mountain Grove Cemetery.

In lieu of flowers, the family asks that you make a donation of any size to Wheaton College in support of Scholarships and Financial Aid through the Wheaton Fund in memory of Marjorie Y. Hackett, Class of 1951. Please visit https://wheatoncollege.edu/giving/ to make an online donation, send a check to Wheaton College | 26 E. Main Street, Norton, MA 02766 or call 508-286-8226 to make a donation over the phone.

Share Your Memory of
Marjorie
Upload Your Memory View All Memories
Be the first to upload a memory!
Share A Memory