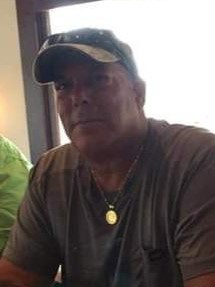 Please share a memory of Joseph to include in a keepsake book for family and friends.
View Tribute Book

Joseph was born and raised in Bridgeport, along side his brother, Gary Guimares. Sons of the late Joseph Guimares Sr., and Gloria Ravis Guimares. Joseph worked and perfected his craft as a painter under his business "Painting By Joseph" for many years. He took pride in everything he did.

An outdoors man avid about fishing, hunting, gardening, and caring for his home. Joseph will be lovingly remembered for his good heart, protection and especially for his love of family, which was his life. He will be greatly missed.

To send flowers to the family or plant a tree in memory of Joseph Guimares, please visit Tribute Store
Thursday
24
March

Share Your Memory of
Joseph
Upload Your Memory View All Memories
Be the first to upload a memory!
Share A Memory
Send Flowers