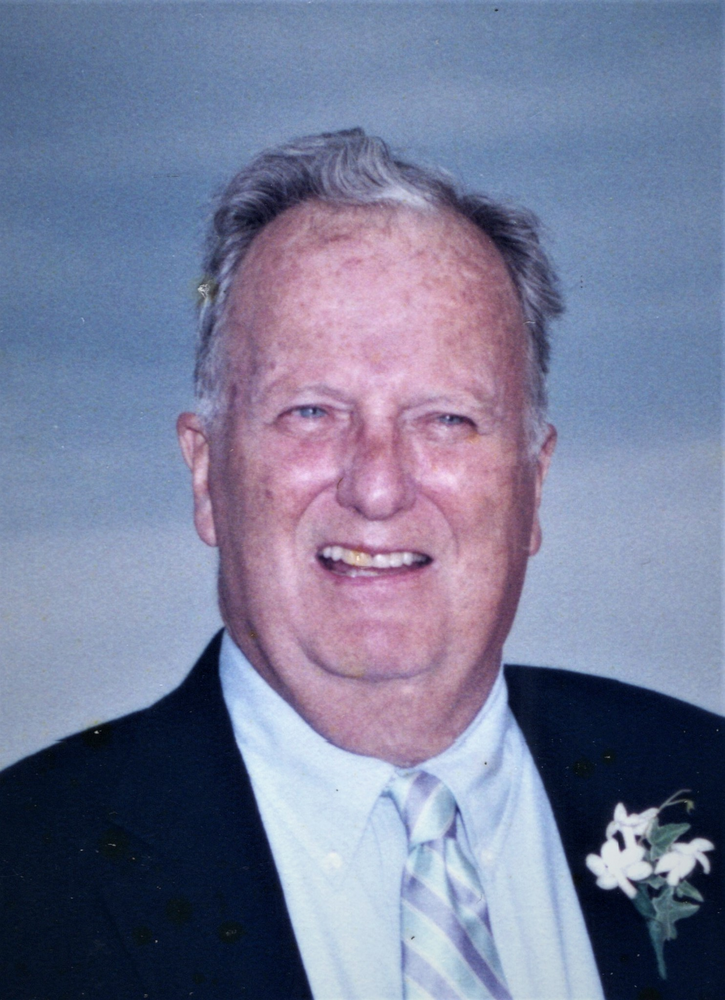 Please share a memory of Andrew to include in a keepsake book for family and friends.
View Tribute Book

Andrew Edward Lent, Jr. passed away quietly at home in Easton on March 13, 2022.

Andrew's memory will be embraced by his son, Christopher Paul Lent and his wife Elizabeth of Merrick NY, Daniel Peter Lent and his wife Kira Lent of Easton. He was the loving grandfather of Alexander, Christina, Ian, Caroline and Charles. Treasured brother-in-law of Iris Culhane and several nieces and nephews. He was predeceased by his beloved wife Gloria Marie Campbell Lent on October 29, 2017 and his oldest son Andrew Edward Lent III on January 1,1979. His sister Marion Lent and brother John Lent also predeceased him.

The son of the late Andrew Edward Lent, Sr. and Catherine Yaeger Lent, Andrew was born in the Bronx, NY on March 16, 1928. He attended PS 85 and Creston Junior High School in the Bronx. Through the half-year system, he skipped ahead two full years. In January 1945, under threat of air alerts, he graduated from the Bronx High School of Science, Bronx, NY, and began attending on full scholarship the College of the City of New York. After eloping to marry his love, Gloria, the pressures of working 40 to 48 hours a week made it impossible to continue his studies. Later, while working, he resumed his studies at the Polytechnic Institute of Brooklyn, graduating with a Bachelor of Chemical Engineering in the Class of 1958. He attended Villanova University for further studies in engineering economy. Along with his work experience and an excellent review course at The Cooper Union, he obtained his Professional Engineer's license and continued his quest to do good things through his work.

In the 1950's, while at American Cyanamid's Lederle Labs, in Pearl River, NY, he developed a conformal coating for pills. His patented enteric-coating safely is still used today in the popular Stress Tab vitamins. His work on catalytic oxidation systems at Oxy-Catalyst, in Berwyn, PA,  is the basis for pollution control systems on modern gasoline engines. While at Chemical Construction Corp, in New York, NY,  Dorr-Oliver, in Stamford, CT, Wyeth International, in Radnor, PA and later Borden Chemical in New York, NY, he constructed plants for milk based baby food in Argentina and Columbia and a pharmaceutical factory in South Africa. His fine chemical projects stretched far and wide, with plants from Geismar, Louisiana, to Managua, Nicaragua to Penang, Malaysia.

He worked in New York City and commuted via the New Haven, Penn Central, Conrail, and later Metro North, reading the New York Times inbound and playing pinochle outbound. When in 1970, Borden Chemical was moving to Columbus, Ohio, Andy transferred to Borden's International division, which continued to be based in New York.

When a friend at the Easton Exchange Club, Dick Walters, was considering a job in New York, ever helpful Andy offered to have Dick commute with him. Mr. Walters accepted the job, and they shared the commute each day for 25 years, even restarting their routine when the Lent family returned from Andrew's two year's stint in Kuala Lumpur, Malaysia.

Andy's family traveled with him to his assignments in Malaysia and later Singapore. As Business Development Manager, and Director of Licensing for Borden International, his Far East activities included development efforts in Malaysia, the Philippines, Australia, Indonesia, and the People's Republic of China.

A world traveler, his true love was his family and his quiet property with a pond in Easton, CT. A resident of Easton since 1965, he loved the small town and cared deeply about his neighbors. A Vestry member at Christ Church Episcopal in Easton, CT and later a parishioner at St. Paul's Episcopal Church, in Fairfield, he embraced the message of Christ.

He volunteered his time on the Helen Keller Middle School expansion plan and served on the Easton Aspetuck Cemetery Board. He and his wife Gloria enjoyed helping at the annual Easton Exchange Club horse show charity event.

A long-time member of Black Rock Yacht Club, Bridgeport, he crewed on the family Lightning sailboat, trusting his sons at the helm. Later, he spent long hours on the water as part of the Race Committee, placing racing marks, firing off the signal cannon and hauling up the anchor. He and his wife Gloria supported their three sons in sailboat racing, towing Blue Jays and Lasers around Long Island Sound and beyond. Later years found many happy days on a Balboa 26 sailboat, though Andy always had someone else at the helm.

Upon reaching 50 years as a member, the local chapter of the  American Chemical Society surprised Andrew with an awards celebration.  A truly professional engineer, when an engineering disaster occurred, he felt the injuries as if they were his own. Afterwards, to help prevent future disasters,  he would doggedly pursue the details, learning the root causes of each failure. In 2008, he was recognized as an Eminent Engineer by the Tau Beta Pi Engineering honor society, which he had been unable to afford as a college student because of the $10 initiation fee. After retiring from Borden, he worked for Pharmacaps, commuting from Easton, CT to New Jersey each day. He also did consulting work with his firm PD Associates, assisting with projects in Johannesburg, South Africa, and Caracas, Venezuela. Never one to have idle hands, he joined Eckland Consultants, of Woodbridge, NJ and later Stamford, CT traveling around the country to do Environmental Phase 1 and 2, property, lead, and asbestos inspections.

After his wife's passing, macular degeneration slowly took his sight,  but Andy devoted himself to living. With his trusted aides from Uplifting Elderly Home Care at his side, they shopped, went to aerobics class and swam in the pool. The gift from the aides of an Amazon Echo Dot became a treasured tool, turning on and off the lights and streaming his favorite radio stations WCBS News Radio and 1010 WINS. Andy enjoyed his later years, and continually amazed his companions with each night's round of Jeopardy.

Calling hours will be held on Sunday from 2-6 PM in the Lesko & Polke Funeral Home 1209 Post Road, in Fairfield Center. His funeral service will take place on Monday at 11 AM directly in Christ Church Easton (Masks required in Church), with interment to follow in Aspetuck Cemetery.

To send flowers to the family or plant a tree in memory of Andrew Lent, please visit Tribute Store
Sunday
20
March

Share Your Memory of
Andrew
Upload Your Memory View All Memories
Be the first to upload a memory!
Share A Memory
Send Flowers