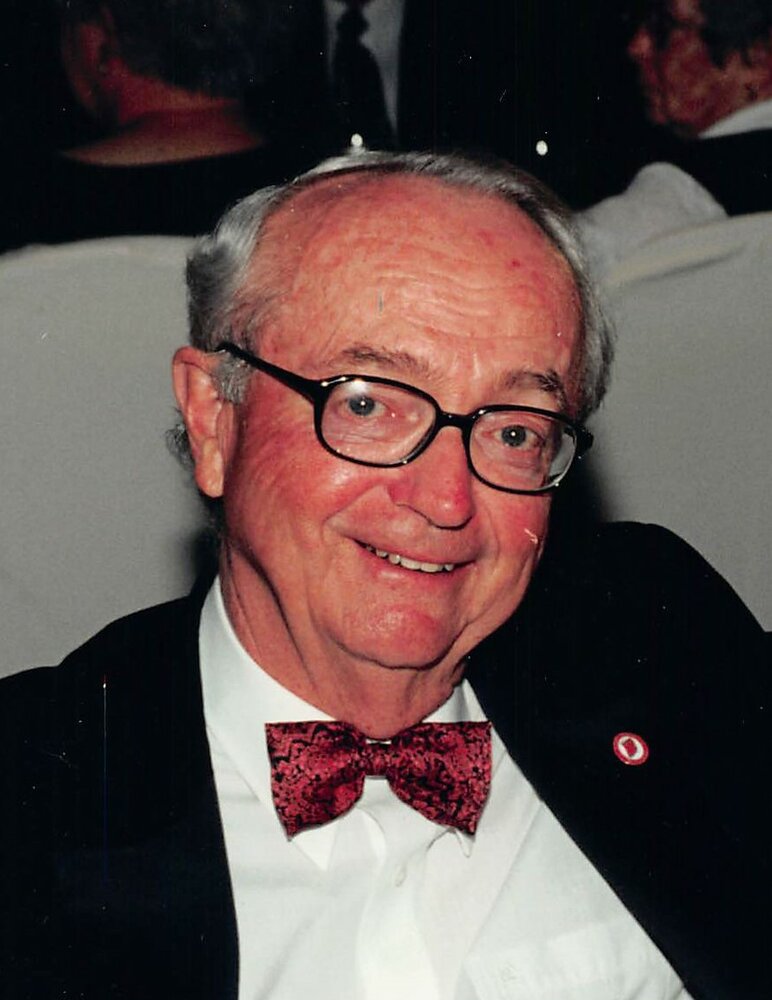 Obituary of Richard A. Goldrick

Born and raised in Rhode Island, son of the late James and Mary Reardon Goldrick, Randy graduated from La Salle Academy and the University of Connecticut, class of 1956. He then served his country in the United States Army, stationed in Germany until 1958.

Randy’s sales career began with the Edwards Co. and then with Harvey Hubbell Co. until 1969.  Randy spent 28 years with the National Association of Electrical Distributors ultimately ascending to president, and retiring in 1996.  Retirement, however, did not suit Randy and another interest was sparked. Randy helped launch the Vineyard Vines Golf Pro Shop Division where he worked until the very day he passed.

Randy was an avid golfer, proudly having teed it up in all 50 states. He was a longtime member of The Fairfield Beach Club and Brooklawn Country Club, where he served in a variety of roles, including president. Randy was a dedicated volunteer and fundraiser for a number of veterans organizations and Mercy Learning Center. He was a huge fan of UCONN Women's basketball and he and Cynnie had the privilege of attending a number of Final Four Championships. The New York Yankees have lost a longtime, devoted fan. Randy was a hardworking man of integrity and decency.

Ultimately, his world revolved around his beloved family. Randy cherished Cynnie, they traveled widely and enjoyed life to the fullest. As the father of four girls, Randy was an amazing "girl dad." He will be greatly missed.

Funeral services will be held on Saturday, March 19, 2022 at 10:30 a.m. at St. Anthony of Padua Church, 149 South Pine Creek Road, Fairfield, CT with an inurnment at Greenfield Hill Congregational Church Memorial Garden. There will be no prior calling hours.

In lieu of flowers, donations are suggested for Tunnel toTowers (t2t.org) or Home for the Brave (homesforthebrave.org).

Arrangements are in the care of Lesko & Polke Funeral Home.