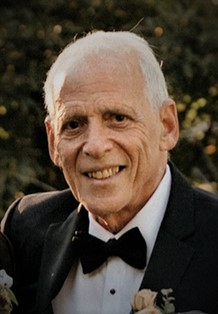 Please share a memory of Michael to include in a keepsake book for family and friends.
View Tribute Book

Michael Brody, beloved husband, father, and mentor to many, passed away on Monday, March 7, 2022.

Michael was born on January 14, 1943 to the late Morris Brody and Martha Kravitz Brody in his beloved Brooklyn, NY. He was the grandson of Jewish immigrants. Before finishing his degree at Brooklyn College, Michael joined the Army, which he would often say changed the trajectory of his life. He was incredibly proud of his time as a member of the Honor Guard while stationed at the Berlin Wall, and his role as a guard at Spandau prison.

Michael is survived by his beloved wife Donna Brody, his cherished son Jonathan Brody and daughter-in-law Michelle Brody, his adored bulldog Effie and his three brothers (known together as the "Brody Boys") Steven Brody, Jeffrey Brody and Robert Brody.

A lifelong entrepreneur, Michael dedicated his career to building four software companies and, more importantly, the people within them. His philosophy of doing well by doing good touched the lives of many, and he took immense pride in watching those he mentored flourish both personally as well as professionally. What struck people most about Michael upon meeting him was his wit, intellect, and kindness.

An avid reader and history enthusiast, Michael was equal parts bold, persistent and optimistic enough to tackle the weekly New York Times crossword puzzles using a ballpoint pen. He had an ability to tell stories as engaging as the ones that could be found in one of his many books. But above all else, he lived for his wife and son. Whether discussing a business idea or the latest Yankees and Rangers score with Jonathan, or taking a walk down Main Street - one hand leading Effie, the other holding Donna’s, - he was happiest when simply surrounded by the people he so loved.  He was fiercely funny and determined, and will be remembered just as fiercely.

Friends may greet his family on Sunday from 12:30 PM to 1:30 PM in the Lesko & Polke Funeral Home 1209 Post Road, in Fairfield Center. Funeral services be held at 1:30 PM with Rabbi Evan Schultz officiating. His interment will follow in Willowbrook Cemetery, Westport. Afterwards, friends are invited to join his family for a reception in Michael's honor at the Delamar Hotel's Artisan Restaurant (Cunningham Room), 275 Old Post Road, Southport.

In lieu of flowers, his family would prefer memorial contributions to: the ASPCA (https://www.aspca.org).

For travel directions or to sign his online guest registry, please visit www.LeskoPolkeFuneralHome.com.

Share Your Memory of
Michael
Upload Your Memory View All Memories
Be the first to upload a memory!
Share A Memory