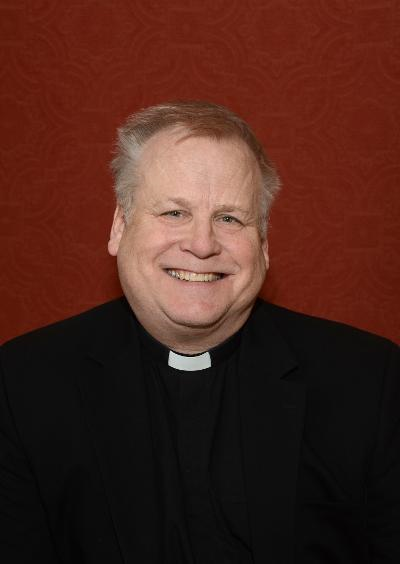 Please share a memory of Monsignor Andrew to include in a keepsake book for family and friends.
View Tribute Book

Andrew George Varga was born in Bridgeport, Connecticut, on November 3, 1952, son of Andrew and Gizella S. Varga. He was baptized November 30, 1952, at Saint Stephen Church, Spruce Street in Bridgeport.  He made his First Holy Communion and received the Sacrament of Confirmation at Holy Name of Jesus Church in Stratford.

He attended Holy Name of Jesus School, Fairfield College Preparatory School in Fairfield and Fairfield University where he received a Bachelor of Arts in Psychology.  Msgr. Varga received his priestly formation at the Theological College of the Catholic University of America, receiving a Master of Arts in Theology. He was ordained to the priesthood for the Diocese of Bridgeport by the Most Reverend Walter W. Curtis at Saint Augustine Cathedral in Bridgeport on May 6, 1978.

Following his ordination, his first assignment was as Associate Pastor of Saint Matthew Church in Norwalk. (1978-1983). In 1983, he was transferred to Saint Theresa Church in Trumbull where he had served as deacon. In 1991, Msgr. Varga was assigned to Saint Leo Church in Stamford. In February 1992, he was assigned as temporary administrator of Saint Joseph Parish in Brookfield before formally being made Pastor in August of the same year.  He began his last assignment as Pastor of Saint Luke Church in Westport in 1997, a position he held for 25 years.

In 1982, he was awarded a Doctor of Ministry degree from the School of Religious Studies in the Department of Theology at the Catholic University of America. Throughout his years of priestly ministry in the Diocese, Msgr. Varga served on both the Presbyteral Council and the College of Consultors. Bishop Caggiano appointed Monsignor Varga as Territorial Vicar for Vicariate II in 2014. He chaired the Diocesan Liturgical Commission for many years, served on the Sacred Arts Committee and was an active team member of the North American Forum on the Catechumenate, speaking at workshops around the country.  In addition, Monsignor taught homiletics in the Permanent Diaconate Formation Program for many years. Monsignor Varga was a member of the committee appointed by Bishop William Lori for the preparation and catechesis for the new English translation of the Roman Missal in 2011.

In 2008, Msgr. Varga received the great honor of being named Chaplain to His Holiness.

He was a gifted liturgist, homilist, though what energized him most was ministering to the people in his parish communities through the years. He saw them through and shared willingly in their joys and challenges.  He journeyed full circle with many of those he baptized who later came to him for marriage and the baptism of their own children and laying to rest their parents and loved ones.

He loved a good joke and could tell a great story, a talent which could bring a smile or lighten a burden.

Msgr. Varga’s body will be received at Saint Luke Church, Westport on Thursday, March 17 at 3:00 p.m. and will lie in repose until 7:00 p.m.  At 7:00 PM, Mass will be celebrated for the repose of Monsignor Varga’s soul. The principal celebrant will be Msgr. Tom Powers, Vicar General; the homilist will be Rev. Skip Karcsinski. The Most Reverend Frank J. Caggiano, Bishop of Bridgeport, will celebrate the Funeral Mass on Friday, March 18 at 11:00 a.m.  The homilist will be Deacon Brian Kelly. Interment will be private.

Condolences can be sent to Monsignor’s sister, Elizabeth Robinson, at 15 Andre Dr., Succasunna, NJ 07876. Please pray for the repose of the soul of Msgr. Varga and for the consolation of his family.

In lieu of flowers, give of your time, talents and/or treasures to your local parish and community. For travel directions or to sign his online guest registry, please visit www.LeskoPolkeFuneralHome.com

Share Your Memory of
Monsignor Andrew
Upload Your Memory View All Memories
Be the first to upload a memory!
Share A Memory