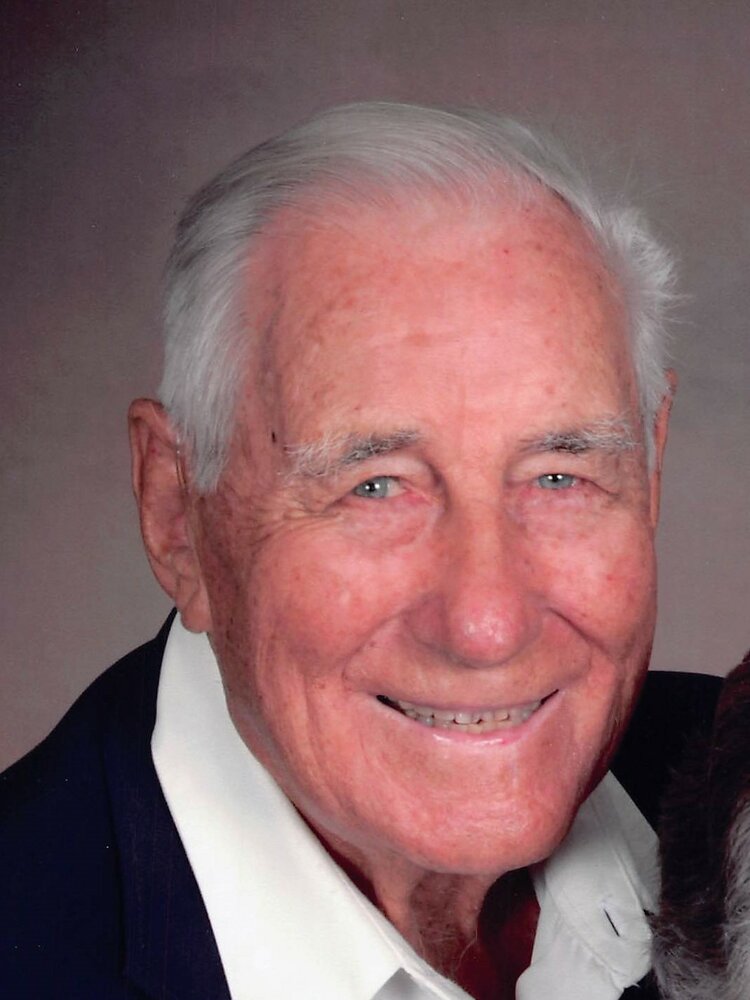 Please share a memory of Leonard to include in a keepsake book for family and friends.
View Tribute Book

"I am thankful for small mercies. I compared notes with one of my friends, who expects everything of the universe and is disappointed when anything is less than the best, and I found that I begin at the other extreme, expecting nothing, and am always full of thanks for moderate goods."—Ralph Waldo Emerson

Len attended Fairfield public schools where, in high school, he played varsity football and basketball and captained the golf team. A lifelong golfer, Len learned to play as a boy while caddieing at the Country Club of Fairfield. It was there that he made the first of seven holes-in-one, at age 14. He scored two aces in one round in Cape Cod in 1979. As a member of the H. Smith Richardson Public Golf Course team, he and his colleagues won the Connecticut State Championship in 1975. Into his early 90s, Len often shot his age or better for 18 holes.

After graduation from high school, Len's first year at Springfield College in Massachusetts was interrupted by World War II military service in the U.S. Navy Medical Corps. He served with the 8th Beach Battalion in North Africa, Italy, and in the invasion of southern France. As a result, he was awarded the Bronze Star, the Commanding Officer Commendation, and a Certificate of Gratitude from the Republique Francais Minister of Defence. He also received a Combat Medical Badge for his naval association with the Army 36th Division during the French amphibious invasion. Following duty in the European theater, Len was transferred to the Philippines, where he served with a Motor Torpedo Squadron (PT boats) until the war with Japan ended.

Upon receiving an honorable discharge, he returned to complete his college education at Springfield (Class of 1949), where he played on the football team. He also played the saxophone in the marching and swing bands.

It was during the summer between his junior and senior years that he married Claire Kerigan, the love of his life and his best friend and companion for more than 70 years, and the mother of their three children. Among their favorite pastimes were playing golf together, traveling domestically, in the Caribbean and in Europe, and dancing to the music of the renowned bands of the 1940s. They celebrated their 73rd wedding anniversary last June 19.

Following graduation from college, Len was appointed the Superintendent of Recreation in Fairfield. In that role, he established the first Little League in town, as well as the Golden Age Club for seniors. Later he was elected to two terms on the RTM (the Representative Town Meeting of the town's citizens). In 1980 he served on the building committee for Tomlinson Middle School. He also was a founding member of St. Pius X Catholic Church, where he was active for 30 years.

After receiving his New York Stock Exchange certification, Len worked as a stockbroker for different firms during the 1960s and '70s.

When he retired from the investment business, he joined Pitney Bowes as a sales and marketing representative in Connecticut. In 1981 he transferred to Panama City, Fla. He and Claire eventually resided in neighboring Lynn Haven. Following his retirement in Florida from Pitney Bowes, Len served as a substitute teacher for 14 years with the Bay County School System. Len and Claire returned to the Fairfield area in October 2018 in the aftermath of Hurricane Michael. They moved to Spring Meadows in Trumbull in February 2020.

Len was predeceased by his parents, his three sisters—Helen Melish, Catherine Szturma and Julia Pepe—and daughter Linda Melish Congdon. He is survived by Claire, and two children: daughter Diane and her husband Alexander McNab of Connecticut, and son Leonard Jr. of Texas.

Share Your Memory of
Leonard
Upload Your Memory View All Memories
Be the first to upload a memory!
Share A Memory