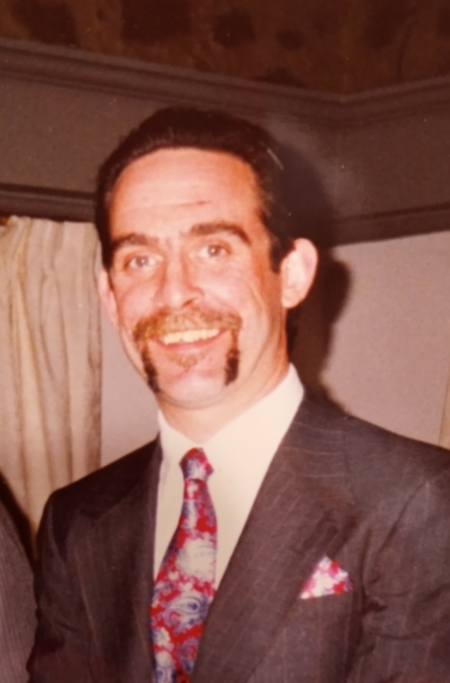 Please share a memory of Kenneth to include in a keepsake book for family and friends.
View Tribute Book

Kenny was born on April 20th 1965 in Bridgeport Hospital as Helen & John’s first child.  Spending most of his life in Stratford, he attended Franklin School before the family moved to the other side of town then attended Second Hill Lane, Wooster Jr High and Bunnell High School.  He played basketball at Sterling House for years as a youth, as well a being a Cub Scout. He lived in New Britain for a few years before coming back his hometown of Stratford.

He worked with his father at Rolock in Fairfield before settling into Landscaping and Tree Service work for most of his life. Anyone who witnessed Kenny ascend a tree knew it was something he was meant to do and loved it. As a teenager, Kenny picked up playing guitar, as his love for Rock & Roll gave him the bug with the likes of Jimi Hendrix, Led Zepplin and Stevie Ray Vaughn.  He progressed into a very talented player and would frequent open mic nights at local venues.  His love for music could only be outdone by his love for animals. He loved to spend days playing with his cats and dogs he owned and loved over the years and seeing them together would melt your heart. If Kenny could’ve saved every animal on the planet, he would have.

His sense of humor and ability to make everyone laugh was a gift. Such as performing the Silly Walk down New York City streets without any locals giving a second glance while we roared with laughter. Kenny had a huge heart which he shared with his family and loved ones over all the years of his much too short life.  He will be greatly missed by all.

Kenny’s family would like to thank the staff at Bridgeport Hospital ER and MICU Unit Richardson 9.  They not only took great care of Kenny but also the family and helped them get through a difficult time with their compassion and thoughtfulness.

Friends are invited to join his family for his Mass of Christian Burial at Holy Name of Jesus Church 1950 Barnum Avenue, Stratford on Friday, January 14th, at 11 AM, followed by his entombment in Gate of Heaven Cemetery, Trumbull.

Donations may be made in Kenny’s memory to the ASPCA (https://secure.aspca.org) or the Bridgeport Rescue Mission (https://bridgeportrescuemission.org). For travel directions or to  sign his guest register, please visit www.LeskoPolkeFuneralHome.com

Share Your Memory of
Kenneth
Upload Your Memory View All Memories
Be the first to upload a memory!
Share A Memory