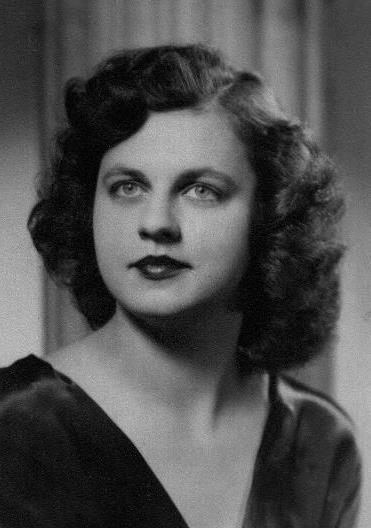 Please share a memory of Olga to include in a keepsake book for family and friends.
View Tribute Book

Olga Melko was born on June 1, 1923, in Bridgeport, Connecticut, to John and Mary (Puskas) Melko. Both parents had come to Connecticut from eastern Hungary where they were known as Janos and Maria, and married in their local village. She died peacefully in her sleep on August 11, 2020, in Fairfield, Connecticut, at the age of 97 after a short illness.

Olga was the oldest of five children with three brothers and a sister all born in Bridgeport in the 1920s. Living in the Black Rock section of southwestern Bridgeport, she attended Black Rock School and later graduated from Bassick High School in June 1941. She married Albert Sosnowski, formerly of northeastern Pennsylvania and a WWII US Navy veteran, in November 1950, in Bridgeport where they settled to start their family. They had four sons together. Her husband passed away in mid-December 1986 after 36 years of marriage. She was active in the local Black Rock parish of St. Ann for several decades, beginning in 1959 when her oldest child began attending the parish's grade school. For a number of years, she had worked on the kitchen staff of Fairfield Country Day School until she retired. She had also traveled to Europe several times in her middle years, including Spain, Portugal, Italy, Israel and, of course, Hungary. Her fondest travel memory was meeting the Polish Pope, St. John Paul II, at St. Peter's in Vatican City on a trip to Italy.

She is survived by her sister, Marie Wrobleski, of Bridgeport; three retired sons, Raymond, of Maryland, Daniel, of Shelton, and Mark, of Bridgeport; two daughters-in-law, Valerie, of Maryland, and Cathy, of Shelton; three granddaughters and their spouses; four great-grandchildren; and numerous nieces & nephews and their offspring. Her younger son, Michael, unexpectedly preceded her passing almost a year and a half ago in early March 2019.

A Memorial Mass of Christian Burial will be held for Olga Sosnowski on Saturday, August 21, 2021 at 10 am at St Ann's Church, 481 Brewster St., in the Black Rock section of Bridgeport. Her burial will be held privately.

To send flowers to the family or plant a tree in memory of Olga Sosnowski, please visit Tribute Store
Saturday
21
August

Share Your Memory of
Olga
Upload Your Memory View All Memories
Be the first to upload a memory!
Share A Memory
Send Flowers