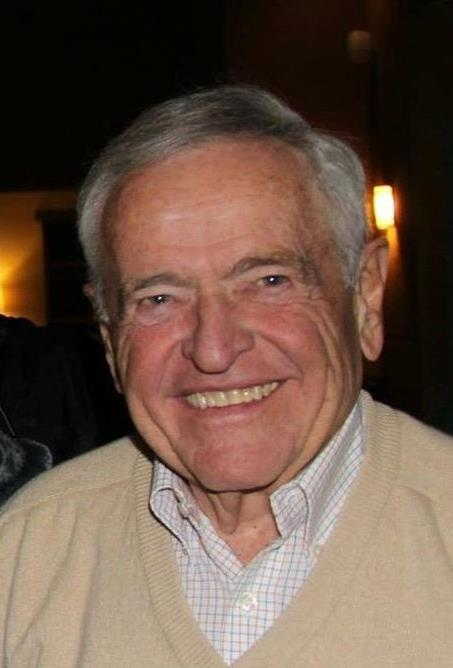 Born and raised in Siwatz, Yugoslavia, son of the late Johann and Elisabeth Schira Weiland, he fled his birthplace in 1944 settling in Stuttgart, Germany until the entire family immigrated to Ontario, Canada in 1950. John came to the United States to work in the auto industry in 1952 and had been living in Easton since 1985.

Fifty years ago, with his partners, Al Teruzzi and Charles Polatsek, he founded Connecticut Fineblanking Corporation. He helped to expand its business reach with Florida, California and Canada Fineblanking Corporations, all later becoming known as Precision Resource Inc., headquartered in Shelton, Connecticut. In recent years, when in Connecticut he went to the office every day to “see the people”. He was kind and humble. John especially enjoyed the times that he spent with his family and his quiet time overlooking the intracoastal waterway in Pompano Beach. He spent decades driving his motor home throughout the United States and Canada making lasting relationships.

In addition to his loving wife Sabine, survivors include his daughter Cynthia Magoon and her husband Jack of Newtown, sons Erik John Weiland and Christian Alexander Weiland, his granddaughter Jacqueline Magoon, brothers Peter and Oscar Weiland, sisters Christel Strelau and Elfriede Ruloff, as well as many nieces and nephews. He was predeceased by his brother Jakob Weiland and sisters Katherina Kunz, Elisabeth Farago, Susette Mueller, Sofia Gronwald and Emma Weiland.

Calling hours will be held on Tuesday from 4-7 pm in the Lesko & Polke Funeral Home, 1209 Post Rd., Fairfield Center. Memorial services will be held directly at the Covenant Church in Easton on Wednesday, December 4 at 11 a.m.

Memorial contributions in lieu of flowers, may be made to the Bridgeport Rescue Mission,( https://bridgeportrescuemission.org) or High Watch Recovery Center (highwatch.org)

To sign an online register, or to get travel directions, please visit www.LeskoPolkeFuneralHome.com

Share Your Memory of
John
Upload Your Memory View All Memories
Be the first to upload a memory!