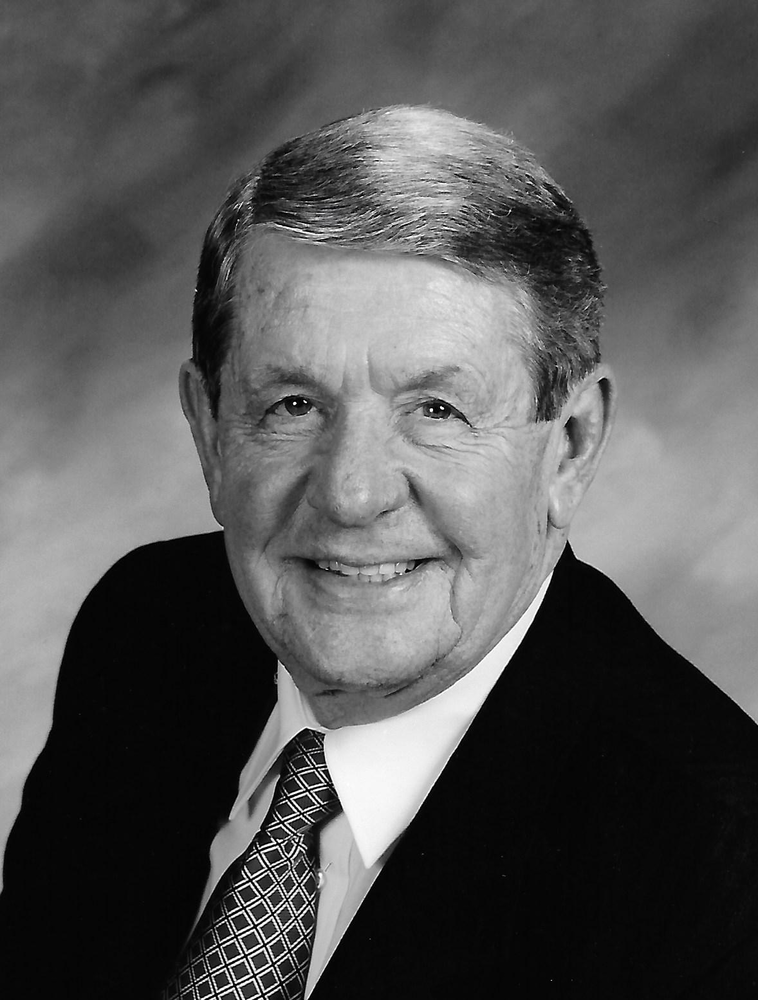 Stephen George Santa, age 91, devoted husband, father, grandfather, brother, uncle, friend and enthusiastic member of the community, was called to be with the Lord on Friday, August 16, 2019. Born in Bridgeport on February 28, 1928, he was the son of the late Stephen John and Madelyn Farley Santa, of Stratford. In addition to Barbara Tracy Santa, his beloved wife of 66 years, George will be remembered by his four children, Stephen Tracy of Colorado Springs, CO and children Beatrice and Margot; Georgianne Sheehy, her husband Stephen of Arlington, VA and children Annie and Ellen; Rosalyn Porter, her husband Christopher of Alexandria, VA and children Stephen and Macey; Edward, his wife Mary Catherine of Huntington and children Claire, Catherine, and Charles; two brothers, Donald and wife Jane of Stratford, John and wife Irene of Southport, sister Stephaine De Forest and husband Bert of Southbury, sister-in-law Janet of Huntington, and many nieces and nephews. He was predeceased by his brother, Norman Santa.

George graduated Stratford High School 1946 where he was a member of the football team and class president. He proudly served his country with 2 tours of duty in the United States Marine Corp. He also played semi-professional football for the Stratford Rockets. With the willing aid and support of his three brothers, George led his family’s company through 30 solid years of remarkable growth. After his active daily leadership career, he went on to become Chairman of the Board then finished out his nearly 80 years with the family firm as Director Emeritus. His active business career lead him to leadership roles in numerous professional and civic organizations in the Bridgeport community and beyond including the Independent Connecticut Petroleum Association, New England Fuel Institute, Bridgeport Area Foundation, Bridgeport Regional Business Council, United Way of Eastern Fairfield County, Bridgeport Rotary Club, Knights of Columbus as well as memberships in the Algonquin Club and the Brooklawn Country Club. He was appointed by the governor to the Connecticut Clean Air Task Force which developed the state’s Clean Air Program. He was honored as Connecticut Oilman of the Year and inducted into the Junior Achievement Hall of Fame. He was a trustee of the University of Bridgeport. George enjoyed his years in the Barnum Festival Organization where he made many friends and was chosen Ringmaster in 1977. He was particularly devoted to and supportive of the Cardinal Shehan Center and its work in the Bridgeport community. He was a founding member of St. Lawrence Church where he was the Trustee Emeritus.

George’s first devotion was to family and lived his life giving it priority over all else. He drew Barbara and his children into his love of skiing and coast to coast road trips. Of particular joy to the family was having his undivided attention during the annual summer vacation on Lake Winnipesaukee NH over a span of 60 years. He was enchanted by the arrival of each grandchild and loved spoon feeding champagne to his newborns. His love, attention and generous support extended to his many nieces and nephews. He was a friend to all in every sense and could always be counted on for his loyalty and support. George will always be remembered for his signature booming laughter and effervescent personality which he liberally shared with all he met.

His Mass of Christian Burial will be celebrated on Thursday, August 22 at 10:30 AM in Saint Lawrence Church, 505 Shelton Ave, Huntington, with Father Michael Jones officiating. Following mass he will be buried with full military honors at Lawn Cemetery. His calling hours will be private.

For travel directions or to sign his guest register, please visit www.LeskoPolkeFuneralHome.com.

Share Your Memory of
Stephen
Upload Your Memory View All Memories
Be the first to upload a memory!