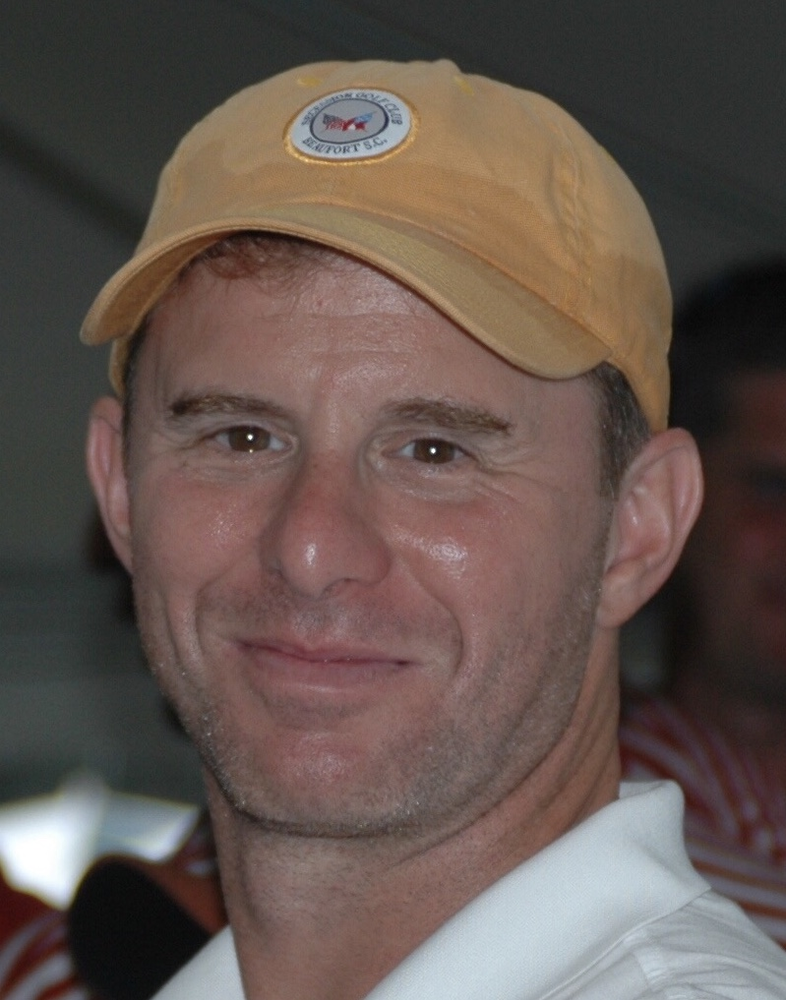 We are heartbroken to announce the untimely passing of David Laurence Schmerzler, a lifelong resident of both Westport and Fairfield, CT, who tragically passed away on June 30, 2019.  Born November 2, 1964, David was a 1983 graduate of Staples High School, and a 1987 graduate of Syracuse University, where he served as president of Phi Delta Theta fraternity.

David was the third son of Barbara Harlib Schmerzler and Seymour B. Schmerzler (deceased), who made their home at The Glen in Westport, where his mother still resides.  At the time of his passing, David was Vice President, Sales at Lindenmeyr Central, a paper company with offices in Southport, CT.  His brothers and friends were always envious of how short and convenient David’s commute to work was – but why would David waste time on the train?  He had too many other things to do.

David met his wife and love of his life, Donna Taussig, when they were in the eighth grade at Coleytown Middle School.  High school sweethearts in every way, they married in 1992 in the back yard of the house at The Glen, surrounded by a large crowd of delighted friends and family.

David was a man of diverse and contradicting talents.  He considered himself an athlete because, as he often said, “I played high school sports”.  He was an avid hunter, an accomplished chef, a fantastic skier who spent many winters skiing with family and friends in Stowe, Vermont, a squash player and a lover of a good cigar.  A long-time member of The Patterson Club, and the President of the club at the time of his passing, he loved to play golf, especially with his son Matt.  In fact, the day before his death, he and Matt won The Patterson Club Invitational Championship!  It was, in David’s words, one of the best days of his life.

David’s friendships were extensive and expansive.  He enjoyed the company and camaraderie of an incredibly large circle of close and loving friends, with deeply personal relationships that spanned decades.  His sense of humor was infectious and well-known, his zest for life unquenchable.  He was described by a long-time friend as the captain of a crew whose formation began in elementary school.  David and Donna’s list of friends is endless, the depth of their devotion each to the other is unique.

David is survived by his beautiful and loving wife Donna and his incredible children Emily and Matthew; his loving and devoted dog Otis; his mother Barbara Schmerzler and three brothers Alan, Robert and Daniel; sisters-in-law, Michelle Schmerzler, Laura Ballan Schmerzler, Shawnie Billic and Sharon Taussig; his nephews and nieces Alex Schmerzler, Sydney Schmerzler, Charlie and Libby Schmerzler, and Isabella and Alexandra Pisacane; and his father-in law Donald Taussig.  He was pre-deceased by his mother-in-law Marilyn Davis.

David was a larger-than-life character who charmed us all.  His stories made tears run down our cheeks, and his laughter and love were infectious.  He was brash, zany, tough and brave, but most of all he was overflowing with love and humanity.  He was taken from us far too soon and he will be missed deeply and beyond words.

In lieu of flowers, donations may be made to Staples Tuition Grants – the David L. Schmerzler Memorial Scholarship (staplestuitiongrants.org); the Appalachia Service Project (greenfieldhillchurch.com/giving); or The Patterson Scholarship Fund (fccfoundation.org).

A celebration of David’s life will be held Sunday July 7th at 11:30 am at Fairfield County Hunt Club at 174 Long Lots Road, Westport, CT followed by a reception for invited friends and family members.

For Travel directions or to sign his online guest register, please visit www.LeskoPolkeFuneralHome.com

Share Your Memory of
David
Upload Your Memory View All Memories
Be the first to upload a memory!