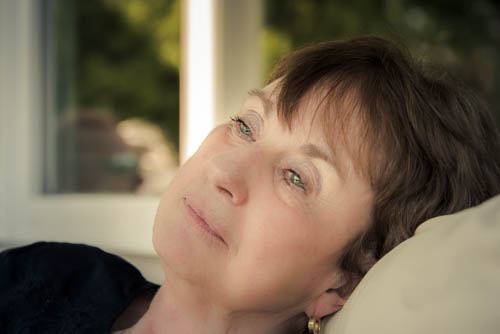 Diane M. Margo, age 76, a long time resident of Southport and beloved wife of Richard A. Margo, entered into eternal life on Sunday, May 26, 2019.

Diane was born and raised in Pittsburgh, PA to the late Carl and Teresa Herberger. She attended Baldwin High School and graduated from Roger Morris University, both in Pittsburgh. In her early years of marriage to Richard, they lived in Holland, where she began her love of plants and flowers. In the mid 1980’s, her growing love of plants & design prompted Diane to begin a career as a landscape/garden designer and by the late 1980’s Diane started her own landscape and garden design business. As the owner of Margo Designs, LLC, Diane beautified many residential and commercial properties in Southport, Fairfield, and surrounding towns. Her love of plants and flowers, as well as her keen eye for design, allowed her business to thrive for over 20 years until she retired in 2009. In 1997, through her efforts as a member and her role as civic chairman (for numerous years) of the Sasqua Garden Club, Diane received a Proclamation by then First Selectman, Paul Audley.  He proclaimed May 19, 1997 to be Diane Margo Day in the town of Fairfield, CT in recognition for her contributions to the town of Fairfield through her love of landscape. Diane landscaped areas around the Fairfield Public Library, the Senior Center, the Social Services Offices, the Fairfield Community Services Office, as well as many other public areas around the town. In 1998, Diane received the Conservation Committee Award; a National award from The Garden Club of America for her unswerving dedication to the beautification of the community, contributing tremendous energy, expertise, and a keen eye for beauty. During her career, Diane belonged to several clubs and served on many committees, including the Burr Mansion, Town Garden, Adopt A Spot, Operation Hope, and the Sasqua Garden Club.  Diane loved music and animals, especially her dogs, cooking, and good wine. She took great pleasure in spending hours in her own garden and creating a loving home for her family.

In addition toRichard, her devoted husband of 54 years, Diane is survived by her daughters, Michelle Margo (Robert Lendrim), of Black Rock, Alison Margo (Mark Scinto), of Black Rock, Catherine Margo Aryne (Tareq Aryne), of Fairfield; grandchildren, Andrew, Christopher, Aiden and Sarah and many furry four-legged grand pets; a sister, Shirley Napoleoni, of Pittsburgh, PA; and many beloved nieces and nephews. In addition to her parents, Diane was predeceased by a sister, Elaine Shaffer, of Pittsburgh, PA.

Funeral services will be held on Wednesday, June 5, 2019 at 10:30AM directly at St. Pius X Church, in Fairfield. Interment will follow at Oak Lawn Cemetery, Fairfield.  Friends may greet the family on Tuesday, June 4, 2019 from 4-8PM in the Lesko & Polke Funeral Home, 1209 Post Road, in Fairfield Center.

Her family would prefer memorial donations directed to: Save-An-Angel, www.save-an-angel.org/donate (include "in memory of Diane Margo" in note section) or P.O. Box 7854, Round Rock, TX 78683. For travel directions or to sign her online guest register, please visitwww.LeskoPolkeFuneralHome.com.

Share Your Memory of
Diane
Upload Your Memory View All Memories
Be the first to upload a memory!