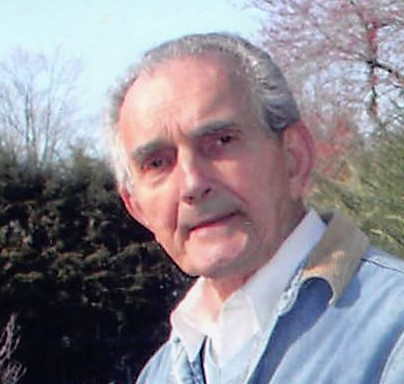 Please share a memory of Julius to include in a keepsake book for family and friends.
View Tribute Book

During the Hungarian Revolution, Julius trekked across Hungary to an internment camp at the Austria border. He landed at Camp Kilmore in New Jersey and was subsequently sponsored by a Hungarian church group in Bridgeport, Connecticut. He began working as a Tool & Die Maker at Dictaphone within a week of arriving. Julius eventually became a Process Engineer at Avco Textron Lycoming (Allied Signal).

After retirement, he worked part-time at Alden O. Sherman. Julius' designs and mechanical skills were legendary. His home projects were reinforced so well that they will last generations. Ever the European gentleman, Julius had impeccable manners, a sense of humor, and a graciousness that touched the lives of all who knew and loved him.

Julius had many hobbies and interests. He was a competitive chess player, a golfer, and volunteered at Bridgeport Hospital. He was intelligent and philosophical and enjoyed heated debates. A devoted family man, he met the love of his life, his wife, Carol, while she was in high school, and were married for 60 years. In later years, Jay developed stroke-related dementia and aphasia but he still 'went to work' every day performing tasks in the garage. Carol spent endless hours keeping him engaged and his mind sharp. They would work in their beloved gardens and played a vicious nightly card game.

In addition to his devoted wife, Carol, Jay is survived by his daughters, Eva Moore, of California, Susan Stewart; son-in-law, Todd Stewart; and beloved grandson, Gary Stewart, of Southport, Connecticut; sister-in-law, Phyllis Kuhn, and brother-in-law, Donald Kuhn, of Redington Shores, Florida. Jay stayed connected with his beloved nieces and nephews in Hungary and many of Carol's family members, including Aunt Gloria Kulish and Aunt Jean Ambrose.

To send flowers to the family or plant a tree in memory of Julius Muller, please visit Tribute Store
Saturday
25
June

Share Your Memory of
Julius
Upload Your Memory View All Memories
Be the first to upload a memory!
Share A Memory
Send Flowers