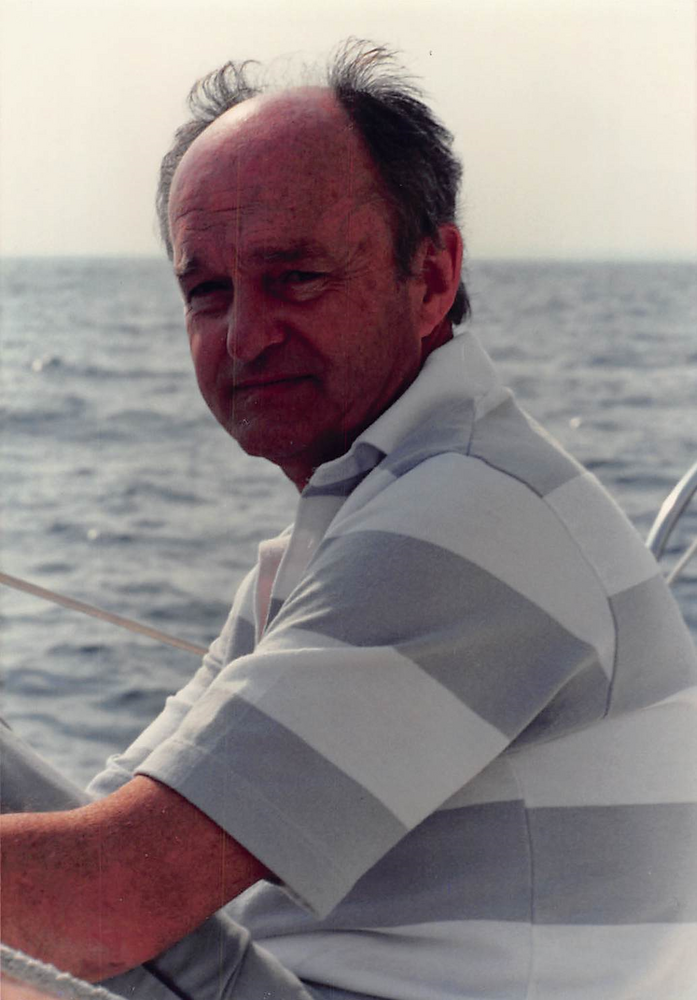 He was the beloved husband of Lucia (Spigarolo) Lynders for 61 years. William was born in Bridgeport on December 26, 1936, to the late John Lynders and Elizabeth (Sandor) Lynders. He initially lived in Trumbull but at a young age moved to Bridgeport where he attended school and graduated from Bullard-Havens Technical High School. After more than 35 years in the printing trade, William pursued an opportunity to assist his son, Rob, in his son’s commercial sculpting business. He enjoyed this immensely because of the shared love of sculpting that he had with his son.

William was happiest sharing his diverse interests with his immediate and extended family. With his wife, Lucy, he especially enjoyed their time together practicing yoga and tai chi and sharing their interest in spirituality. William’s other interests included boating and fishing on Long Island Sound with his brothers and sons, golfing with his sons, art with his sisters, and the competitive growing of the largest tomato with his brother, Jack, which was the highlight of the summer (and Jack usually won).

William spent several years serving his country in the Naval Reserves. Later, he served his community as a dedicated hospice volunteer.

William is survived by his four sons, William and his wife Monica of Guilford, Michael and his wife Mary of Shelton, Patrick of Fairfield, and Robert and his wife Cristina of Newtown. William was blessed with eight grandchildren, Teresa, Liam, Elaine, Maria, Michael, Amy, Codi and Kathryn Lynders. William is also survived by his brother John (Jack) Lynders of Stratford and his sisters Elizabeth (Betsy) Stella of Trumbull and Margaret (Peggie) Voytek of Fairfield. He was predeceased by his brother Joseph Lynders.

Friend are invited to join his family on Thursday at 10:30 AM in St. Thomas Church, 1719 Post Road, Fairfield for his Mass of Christian Burial. All other services will be private.

In lieu of flowers, memorial contributions can be made to: The Salvation Army (www.SalvationArmyUSA.org) . For travel directions or to sign his online guest register, please visit www.LeskoPolkeFuneralHome.com

To send flowers to the family or plant a tree in memory of William Lynders, please visit Tribute Store
Thursday
28
October

Share Your Memory of
William
Upload Your Memory View All Memories
Be the first to upload a memory!
Share A Memory
Send Flowers