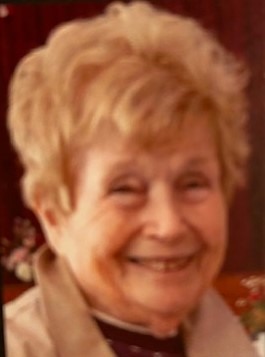 Elizabeth Kelemencky passed away peacefully on Tuesday, September 28, 2021, the day before her 94th birthday. Elizabeth was born on September 29, 1927, in West Virginia to Ida and Peter Kelemencky. She was one of eight children and her family eventually settled in Bridgeport, CT, where she resided all of her life. Elizabeth was very involved in Girl Scouts in her younger years. Elizabeth worked in banking (mainly the Trust Department) until her retirement (CT National, Shawmut, Fleet Bank and Bank of America).

Elizabeth, affectionately called Bette or Libby, was a very devoted, active member of the United Church of Christ in Bridgeport. She was an integral part of their delicious Hungarian baking and food sales and the hostess of the weekly coffee hours after services. She tirelessly organized what became known as "Bette's Room" (the linen room) in The Department Store of Bessemer Center where the craft fairs, flea markets, and tag sales served the community for 47 years. She was a member of the Bessemer Seniors and provided laughter on many occasions with her quick wit. She was an ardent fan of the New York Yankees.

Elizabeth was pre-deceased by her parents, Ida and Peter Kelemencky, her sisters Edith, Helen Golias and Grace Sopek, as well as her brothers, Peter, Paul and Monroe. She is survived by her beloved sister Julie Hagan of Wethersfield, many nieces and nephews and her dear friend Barbara Poruban.

In lieu of flowers, donations can be made to the United Church of Christ, c/o Shelley Visinski, Treasurer, 622 Melville Avenue, Fairfield, CT 06825. Burial will be private.

Share Your Memory of
Elizabeth
Upload Your Memory View All Memories
Be the first to upload a memory!
Share A Memory