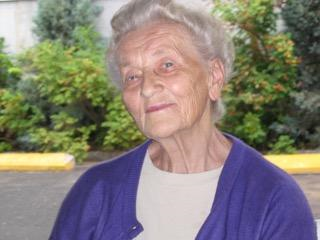 Please share a memory of Marianna to include in a keepsake book for family and friends.
View Tribute Book

Marianna Buta, age 94, of Southport, beloved wife of the late Jozef Buta, passed away peacefully on August 9, 2021while surrounded by her loving family.

Born and raised in Nieradowo, Poland, she was the daughter to the late Stanislaw and Adolfa Suwinska Kaminski. Marianna joined the Polish Resistance (Armia Krajowa) as a young woman to fight against the Nazi occupation. After World War II ended, she continued to fight for Poland’s freedom, pushing back on the communist takeover in 1945. She was captured in 1949 and held in prison, without any due process, until 1953. In 2001, Marianna was recognized as an officer in the Polish Army.

Later, she married her late husband Jozef and was blessed with two daughters. Professionally, she became a certified public accountant and worked in Poland until her late 60s. Marianna came to the United States in 2002. She enjoyed watching three of her grandchildren grow up while living in Southport with them and cherished the times interacting with her fourth grandchild. She was an avid gardener and appreciated nature, as well as, family trips to Catskill resort.

Her Mass of Christian Burial will be celebrated in Saint Luke's Church, Westport on Monday, August 16, 2021, at 11 AM, with interment to follow in Oak Lawn Cemetery.

To send flowers to the family or plant a tree in memory of Marianna Buta, please visit Tribute Store
Monday
16
August

Share Your Memory of
Marianna
Upload Your Memory View All Memories
Be the first to upload a memory!
Share A Memory
Send Flowers