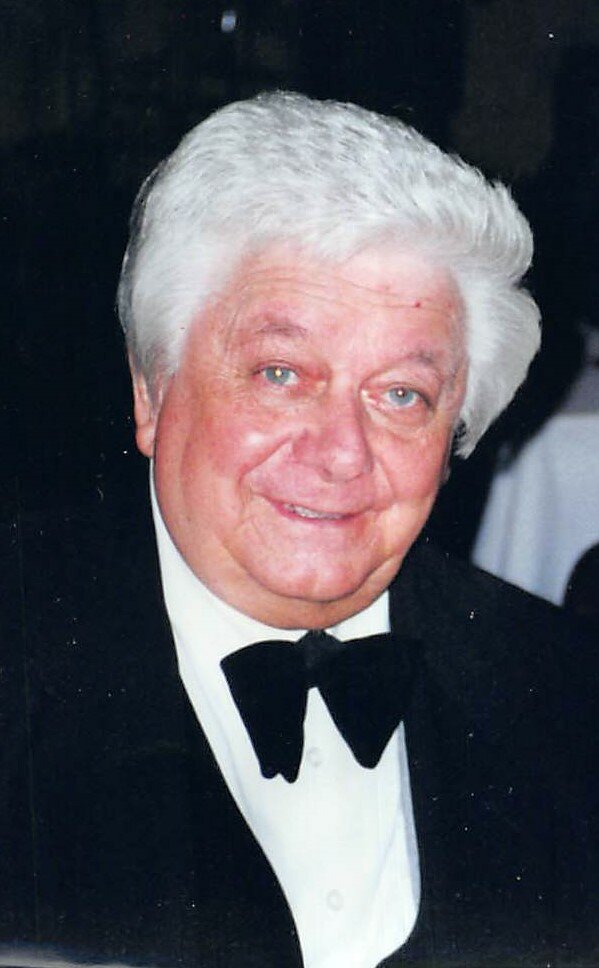 Born and raised in Bridgeport, son of the late John Hornyak, Sr. and Katalin Kardos Hornyak, Eddie had lived in Florida, Easton, and most recently, Newtown for the past 10 years.

He was a decorated WWII Army Air Corps Veteran, serving as a turret gunner on a B-17 Flying Fortress and is recognized as a war hero, while on a combat mission, the plane's pilot was wounded and Eddie came to the rescue bringing the plane and it's crew in for a safe landing. He received the "Quilt of Valor" in a ceremony in 2019 hosted by his loved ones.

He had worked for the McKesson Company, running their print shop and later went on to open his own company, Quality Printing in Bridgeport where he and his wife Susan worked together for over 20 years until his retirement. They would winter in Florida and while there, ran a local hotel.

Music was his passion, in his youth he found his father's accordion and self-taught himself to play and later became a professional entertainer, playing for large groups as well as for just one person.

In addition to Susan, his wife of 50 years, he leaves behind his daughter, Katalin (Kathy) Wagner; a grandson, Christopher Callery, both of Florida; and many great and great-great nieces and nephews. He was predeceased by his first wife, Edythe Steeves Hornyak; a brother, John Alex Hornyak; a sister-in-law, Mary Liszecki Hornyak; a niece, Dolores C. Feher; and a nephew, John R. Hornyak.

Graveside services will be held on Thursday, August 12, 2021 at 11:00 a.m. in Lawncroft Cemetery, Fairfield with full Military Honors.

To sign an online register, get travel directions or to purchase flowers, please visit www.LeskoPolkeFuneralHome.com

To send flowers to the family or plant a tree in memory of Edward Hornyak, please visit Tribute Store
Thursday
12
August

Share Your Memory of
Edward
Upload Your Memory View All Memories
Be the first to upload a memory!
Share A Memory
Send Flowers