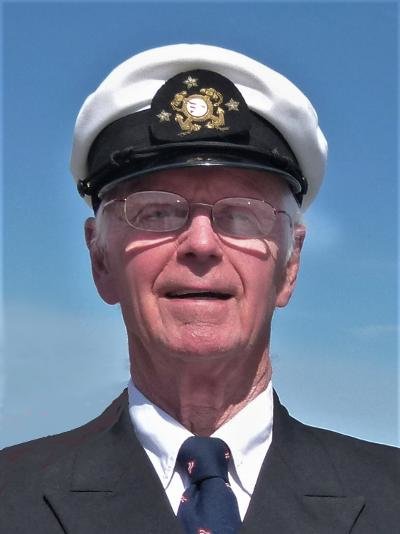 Please share a memory of Harold to include in a keepsake book for family and friends.
View Tribute Book

Harold John Savard, Jr., age 94, passed away peacefully on Saturday, July 17, 2021.  Born on October 29, 1926, he was the son of Harold and Marion Savard and remained a lifetime resident of Fairfield and Easton. A member of the first graduating class of Fairfield College Preparatory School where he was student council president, Harold immediately enlisted at age 17 in the U.S. Army and served in the Pacific Theater during WWII. He went on to study at Fairfield University and earned his B.S. degree in 1951 from Boston College.

After beginning his career at ALCOA, Harold devoted the next 40 years of his professional life to Warnaco and retired as Executive Vice President in 1997. He served on the Alumni Board of Fairfield Prep and in 1988 was inducted into their Hall of Fame, where his extraordinary dedication and contribution to his alma mater was acknowledged. Harold was a member of the Latin Scholars and Fairfield University’s President’s Circle. Being a strong believer in the “Men for Others” Jesuit value, he held a special connection to Prep through his committed service, including each New Year’s Day at the Thomas Merton House. Growing up at Brooklawn Country Club, Harold was an exceptional golfer and passed his gift for the sport to his children and grandchildren. A Past-Commodore of the Black Rock Yacht Club and Life-Member of Fayerweather Yacht Club, he loved to sail his O’Day Tempest, the “Y-Knot”.  An avid sportsman, he enjoyed skiing, tennis and traveling the world with his family. An artist and sculptor, his steel birdcage titled “Chanson” was juried into the prestigious Silvermine Guild Arts Center 49th Annual Art of the Northeast.

Harold was brother to Dudley Savard of Fairfield, Anne O’Connor of Harbor Springs, MI and Sr. Judith Savard, RSHM of Marymount Manhattan. Survivors include his loving wife, Marilyn Coté Savard, sons Dr. Christopher Savard and his wife Frances, of Wilmington, NC; Thomas Savard and his wife Ellyn of Easton; Dr. John Savard, S.J. of Loyola University Maryland; David Savard and his wife Stacy, of Fort Worth, TX; daughter Missy Savard and her husband Ronald Wilklow of Fairfield; grandchildren Emily Barlas, her husband Michael, and their son Blake; John Savard, his wife Michelle and their daughters June and Sully; Devon Savard; Corinne and Danielle Wilklow, and many nieces and nephews. Harold was predeceased by his cherished granddaughter Kyle Savard.

A mass of Christian Burial will be celebrated on Saturday, August 14 at 11 AM at the Egan Chapel on the campus of Fairfield University. All are invited to join the family for a reception that will immediately follow the Service.

In lieu of flowers, gifts in Harold's name may be made online to the Fairfield Prep Thomas A. Murphy, S.J. Memorial Scholarship Fund checks may be mailed, noting Harold’s name, to 1073 North Benson Rd Fairfield, CT 06824, or you can call the Development office at 203-254-4237.

To send flowers to the family or plant a tree in memory of Harold Savard, please visit Tribute Store
Saturday
14
August

Share Your Memory of
Harold
Upload Your Memory View All Memories
Be the first to upload a memory!
Share A Memory
Send Flowers