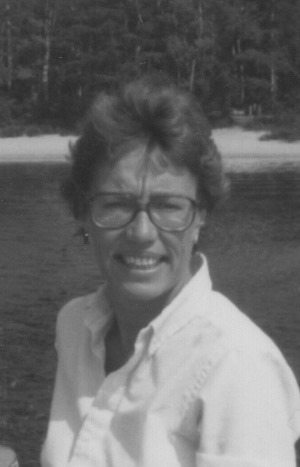 Sarah (Sally) Weston Hyde Powel (Mrs. Thomas Ives Hare Powel), beloved wife, mother, grandmother, mother-in-law, sister, aunt, and friend to so many, died peacefully in her sleep of COPD on June 14, 2021 at the age of 87. Her two children were with her at her bedside. A lover of people and life, Sally was fittingly born on Valentine's Day February 14, 1934 in Cold Spring on the Hudson, NY. She was the daughter of Colonel Donald R. Hyde and Corinne Weston Hyde, and the wife of Thomas Ives Hare Powel, all of whom pre-deceased her.

Sally lived a long, enriching, and travel-filled life. While her family home base growing up was in Greenwich, Connecticut, Sally lived in numerous American cities including Washington, D.C., Chattanooga, Tennessee and Lawrence, Kansas during the war years 1941-1945, as her father returned to the army as a Colonel overseeing the manufacturing of munitions. Sally attended Miss Hall's School in Pittsfield, MA and then attended Wheelock College in Boston with the aim of becoming a teacher.

But during a summer job as an au pair in Newport, RI, she met and fell in love with Thomas Powel, whose family had long resided in Newport at "Hopelands" on Indian Avenue. The couple wed in 1954 in Greenwich, CT and were married for 32 years, until Thomas's death in 1986. After the birth of their children and several years living in Providence, Sally and Thomas moved to Southport, CT where they raised their children, participated in the community and made many cherished friends.

Sally was an active volunteer and was a member of The Fairfield Junior League, The Fairfield Garden Club, The Fairfield Hunt Club, and The Pequot Yacht Club. She was also active at Trinity Church and The Pequot Library. The Powel home was a favorite neighborhood gathering place. Sally and a cadre of mothers created a loving, vibrant community for each other and their children. Sally was a member of the The National Society of the Colonial Dames of America, RI chapter.

She was descended on the paternal side from William Hyde who went with Thomas Hooker from Massachusetts Bay Colony to settle Hartford, Windsor, and Wethersfield, CT and from Charles Chauncy, the second President of Harvard. On the maternal side, Sally descended from Governor William Bradford and John and Priscilla Alden of the Plymouth Colony (Mayflower passengers) and the Weston's of Duxbury, MA. Sally was the great granddaughter of Captain Byron Weston, the founder of the Byron Weston Paper Company of Dalton, Massachusetts (now part of Crane Paper Co.) which manufactured America's parchment, bond and other archival paper.

In Newport, where Sally also had a home, she was a long-time member of The Spouting Rock Beach Association, The Clambake Club, The Preservation Society of Newport, and a lifetime member of The Newport Country Club..Sally's joie de vivre, her renowned sense of humor, her love of gathering with her family and her extended family in Newport made her a welcome presence at any table or celebration. Above all, Sally was a beloved friend, a great mother, a gifted conversationalist, an avid reader, a lover of bridge, backgammon, golf, fly fishing and the Powel family camp in Maine.

Sally was famously down to earth and approachable, making friends wherever she went, a trait she passed along to both of her children. The family expresses their heartfelt thanks to all of Sally's loving friends and family, with special gratitude to her dedicated nurses, physicians, and her long-time home health aide Patricia Coleman.

A private memorial service for family and friends will be announced at a later date. Arrangements in the care of the Lesko & Polke Funeral Home.

Share Your Memory of
Sarah
Upload Your Memory View All Memories
Be the first to upload a memory!
Share A Memory
Send Flowers