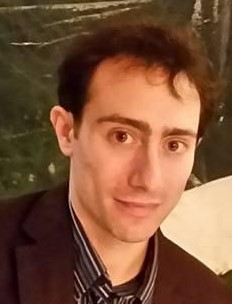 Zachary (Zack) Landau of Bellevue, WA passed away suddenly on April 7. Born May 26, 1983 in New Haven, CT, he was the second child of Rick and Kathy Landau. He graduated from Hamden Hall High School in 2001. He graduated from Rochester Institute of Technology in 2006.

Zack developed an intense interest in computers at an early age. He self-taught DOS, Windows, numerous programming languages and became an expert on Linux. At the age of 14, he had a paper published in a Russian magazine. Zack was an early and devout contributor to free “open source” software. He voluntarily contributed to many open source projects, including Linux. Much of the code he created is still used today.

After college, he worked at ASML in Wilton before moving to Silicon Valley and taking a job with HP. There, he engineered software for some early tablets and mobile devices. He then moved on to Facebook, where he was a senior software developer for 9 years, working in Palo Alto, Vancouver, and Seattle. Many people considered him to be one of the most talented individuals in his field.

He was adored by his two sons. His entire extended family loved him deeply and will miss him dearly.

In lieu of flowers, Zack's family would prefer memorial donations be directed to the Electronic Frontier Foundation at www.EFF.org or the American Civil Liberties Union at www.ACLU.org

An informal private graveside service will be held at Lawncroft Cemetery in Fairfield, CT. To view his video Tribute or to sign his guest register, please visit www.LeskoPolkeFuneralHome.com.

To send flowers to the family or plant a tree in memory of Zachary Landau, please visit Tribute Store

Share Your Memory of
Zachary
Upload Your Memory View All Memories
Be the first to upload a memory!
Share A Memory
Send Flowers