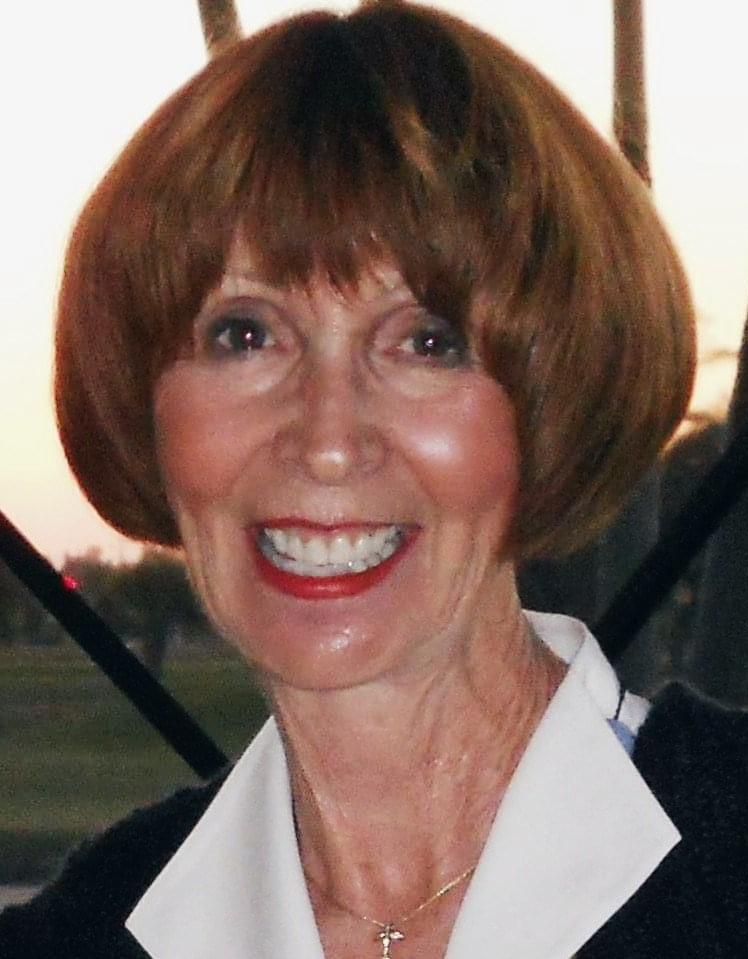 Obituary of Michele A. Hubler

Michèle A. Hubler, 75, of the Black Rock section of Bridgeport, CT, died March 31, 2021 after a year-long courageous battle against pancreatic cancer. Wife, sister, daughter, friend, godmother, and honorary aunt, Michèle will be deeply missed by so many in Connecticut, Maine, Florida, and Vermont — all places she called home over the years.

Born Michèle Andrée Labonte in Biddeford, Maine, she was part of a French Canadian family of deep Catholic faith. The Labontes spoke French at home and enjoyed the food and music of the Québecois culture. After the death of her mother, Madeleine, when she was just 12 years old, Michèle attended Stella Maris and Marie Joseph Academies in Maine. In 1960 she made her way down the New England coast, settling in Bridgeport, CT with her father, Lucien, and sister, Charlene. Michele graduated in 1964 from Warren G. Harding High School.

Her love of the shore — Maine’s rocky coast, Connecticut’s sandier beaches, and Florida’s Atlantic surf  — served as a common thread throughout her life. And the shore was where she met her husband Bruce, a Bridgeport native. Together since 1962 and married since 1975, they shared a love of simple pleasures — their welcoming home chief among them.

Early in their marriage, she and Bruce bought a house in the coastal community of St. Mary’s-by-the-Sea in the Black Rock section of Bridgeport. Their home, with its water views and spectacular gardens, was Michèle’s place of refuge and joy for 42 years.

Michèle enjoyed a successful career at several marketing and advertising firms, including MBI, Inc. in Norwalk and Glendinning Associates in Westport, where she served as media logistics director. She worked closely with the creative staff, discovering a love of art and color that surfaced throughout her life in many ways, from her unique fashion sense and gardening skills to an art career that bloomed in the 2000s. Even her hair — with its signature red hue — stood out from the pack.

Michèle was a longtime member of the Patterson Club in Fairfield; the Black Rock Yacht Club in Bridgeport; and the Grand Harbor Golf and Beach Club in Vero Beach, FL. While she enjoyed boating on Long Island Sound and took to the golf course every chance she got, she most appreciated the friendships she formed over the years.

Michèle couldn’t cook for beans (pun intended), but she was a gifted host both at home and for the many charitable organizations she volunteered with. She served on the board of the Ahlbin Center in Bridgeport and chaired countless events for them, putting on magnificent displays at Burr Mansion in Fairfield at Christmastime. After her first fight with cancer, she volunteered and raised money for the Avon Walk to End Breast Cancer in 1998. Her contributions to many other charities were most often made anonymously, in keeping with Michèle’s belief that donors shouldn’t seek the spotlight.

Later in life, Michèle turned what began as iPad sketches into a successful art career, launching Menagerie Whimsical Art in 2012. Her talent in the fine arts field may have come as a surprise to her, but not to her friends and family, who had always recognized her artistic flair. Michèle showcased her work at multiple exhibits and juried shows in Fairfield County, was a member of the Fairfield County Arts Association, and co-founded the Black Rock Art Guild in 2014, which promoted local artists and raised money for a community center.

Her husband, Bruce, remained her loving partner for 58 years — 58 years that felt far too short. To all who knew them, they were an inseparable couple. Toward the end of her life, she referred to their marriage as a marvel and an extraordinary blessing. The other constant in her life was her Roman Catholic faith, which began in childhood and sustained her till the end.

Michèle is survived by her beloved husband, Bruce; cousins in Maine; and many friends she considered family, including Richard, Cathie, Benedicta, and Nicholas Cipolla, Palma Senatore, Rose and Joe Maco, Ed and Irene Agonis, and Ashley and Steven Sikora. Special thanks also go to Seth Carley, Meghan Conway, Peggy Fitzpatrick, Judy Noel, Gail Robinson, Dom and Val Rossi, John and Irene Santa, and Pete and Kate Spain for helping Bruce in so many ways during Michèle’s final days.

Michèle was preceded in death by her sister, Charlene Labonte of New Haven, and her parents, Lucien Labonte and Yolande Madeleine Therrien Labonte.

A Solemn Requiem Mass will be celebrated at St. Pius X Catholic Church in Fairfield on Friday, April 9 at 11 a.m. The Mass will be livestreamed on Facebook (stpiusffld) and YouTube (SPX Catholic Church). A memorial celebration will be held in late summer, Michèle’s favorite season, on a date to be announced in the future.

Memorial contributions may be made to the Pancreatic Cancer Action Network (PanCAN) and SWIM Across the Sound, a program of St. Vincent’s Medical Center Foundation. For Travel directions or to sign her guest register, please visit www.LeskoPolkeFuneralHome.com

To send flowers to the family or plant a tree in memory of Michele Hubler, please visit Tribute Store
Friday
9
April

Share Your Memory of
Michele
Upload Your Memory View All Memories
Be the first to upload a memory!
Share A Memory
Send Flowers